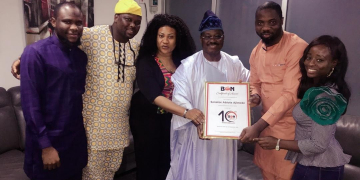 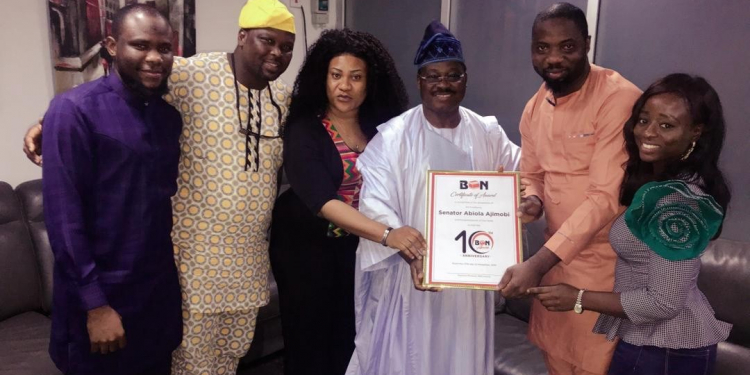 Oyo State Governor, Senator Abiola Ajimobi, has formally been unveiled as  the Chief Host for the 2018 Best of Nollywood (BON) awards ceremony scheduled to hold in Ibadan on December 8.

Seun Oloketuyi, Executive Producer of BON Awards, led some Nollywood stars to the Governor’s office to formally present him with the hosting rights. Actors including Nkechi Blessing, Taiwo Ibikunle and other members of the Bon Awards crew were on the visiting team.

In his acceptance speech, Ajimobi expressed delight at the impact of the country’s creative industry. He also thanked the organizers of BON Awards, for choosing Oyo state for the 2018 edition.

He promised to ensure that visitors have the best experience as they enter the city if Ibadan this weekend.

BON Awards, which is in its 10th year, recognises and rewards exceptional filmmakers in Nigeria.

The ceremony will hold at Kakanfo Inn, Joyce B road, Ibadan.