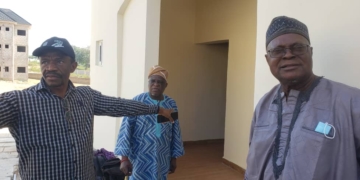 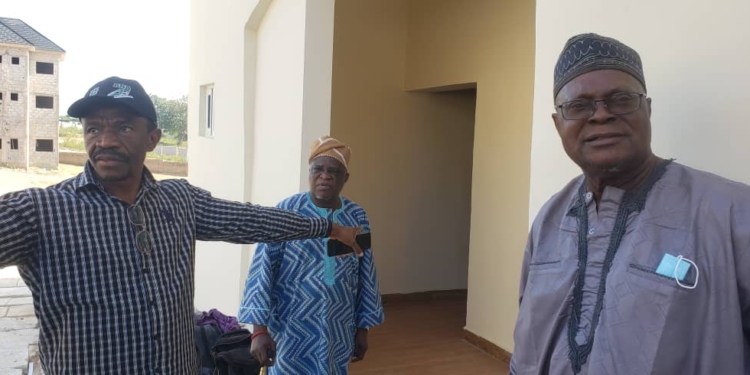 The 41st Association of Nigerian Authors (ANA) Convention has come and gone.
While it lasted, the commodious and opulent ambience of the Mamman Vatsa Writers’ Village, Mpape, Abuja, venue of the meet, witnessed effulgence of creative and intellectual expressions from participants consisting of young ‘wannabes’ and luminaries in the writing profession from different parts of the globe.
Between listening to the erudite discussions on improving their lot and vocation inside the cavernous Chinua Achebe International Conference auditorium , an architectural masterpiece, still glinting in a fresh coat of paint, an advertisement of triumphal pride of the word weavers in decades of struggle to have a ‘home’ of their own; and excursions into interspersing entertainment, drama and dance used to break the rocks and tedium of the four- day event, this apprentice discovered an interesting fact about some of the living legends and giants of African literature who awe the world with their sagacity and literary power: Inside every one of these mammoths, there is a child – simple, natural, humorous, witty.
Just like us, they too let down hairs and enjoy catching fun when in peer company.
Here I bring parallax snaps of some of such moments I was privileged to capture during the festival.
On the first day, I had arrived in company with renowned playwright, Emeritus Prof Femi Osofisan with whom I had traveled all the way from Ibadan. After being checked in and presented with the key to an apartment named in his honour in one of the guest houses being developed on the vast estate, we both proceeded to see his friend and literary soul mate, Prof Olu Obafemi, who equally had his next door.

Security threats: Buhari breaks silence on travel advisory by US, UK, others

Though far too young,, I took liberty of my familiarity with the two elders to interject: “You couldn’t mean that, Prof! You both are supposed twins?”

“Yes, but is it our fault that the roads are made unsafe and we can’t travel? The University of Ilorin don retorted in an undisguised criticisms of the deadly reign of terror and insecurity that has seized the Nigerian space.

He soon faced another query though, this time, from Osofisan: “You don’t have any beer in your fridge, do you?”

“No”, Obafemi replied, complaining that he too had, had nothing to drink since he came in earlier that morning. He lamented the absence of a pub or beer-selling shop in the yet partially constructed complex and suggested they might have to send someone to town to fetch them their favourite drinks – he, red wine, and Osofisan, Heineken larger beer.

His explanations were no consolation to his friend who brushed them aside as “excuses”.
Expressing his disappointment, Prof Osofisan said: “You said you’ve arrived since morning and you lie down here in this hot weather?
“Look, I need to wet this parched throat of mine.. let’s go find somewhere for something to drink. I have checked my own fridge too, nothing there. Apparently, it didn’t occur to Camillus and his people to stock the place… I want to drink.”

Obafemi who had just a singlet upon a pair of trousers he was wearing quickly threw a buba dress on and followed us outside with Osofisan leading the way.

We were accosted by a lady working for the property developer simply called ‘Colonel’. She announced that lunch was ready and ushered us to a line of dinning table under a canopy erected in front of the completed guest house.
Food was served. We all had the same meal – pounded yam with vegetable mixed with egusi soup served with either chicken, fish or assorted meat. It was delicious.

Soon we were joined by Prof Ernest Emenyonu.
The table received him with glee, with Prof Obafemi inviting him to come over to sit beside himself.
But Emenyonu chose a seat next to mine and almost directly opposite Obafemi. Dramatically turning sideways one at a time, the eminent literary critic waxed diplomatic at his colleague’s insistent calls tinged with a peremptoriness.
“Here’s okay. You see, if I look here I see something good, if I look over there, something better,” he said jovially, as he settled in the seat beside me.

“But that’s disobeying my order!” Obafemi remonstrated, in mock indignation.

To this, Prof Osofisan fired: “And who are you? Do you think you are in your university?”
In what indicated he probably still nursed a beef for meeting Obafemi’s refrigerator arid of liquor, the renowned dramatist mocked:
“You call yourself Pro- Chancellor, a Pro- Chancellor in whose room we cannot find a single bottle of beer! You are a disgrace to your office, Mr. Pro Chancellor. By now… even before you came, the whole place should have been stocked with chilled beer and all the sorts.

Just then, the pretty and genteel Prof. Akachi Adimora- Ezeigbo walked in, lending her soft, feminist aura to the raucous masculine atmosphere.

On sighting her, Osofisan shot up and stood ramrod in ‘loyal’ salute, as others welcomed the beautiful, soft-spoken septugenarian to the fold.
“I have said I will not eat until you arrive,” he told Akachi, as he stood at attention for the Dame to sit.
But his half-empty plate of food and oil-dripping hand betrayed the old thespian’s false profession!
Also on the table were former ANA President, Mallam Denja Abdullahi; Prof Al-Bishak, and Prof Rezina Mohammed who represented the keynote speaker, the Vice Chancellor, University of Abuja, Prof Abdul-Rasheed Na’Allah, at the convention.

“When is the next meal o?” It was Osofisan again! He had shouted the question to the bewilderment of others still busy eating, as he wiped his hands with serviette paper to signal he was done with his own lunch.

Discussion soon veered to a controversy on the desirability of senior citizens taking cold drinks.
The arguments were triggered by complaints by Obafemi and Osofisan
at the temperature of the sachet water served guests along with the food which appeared to have been manufactured in hell itself!.
Stashed up in a pile in the blazing Abuja sun, the fluid burned like hot lava just belched out from the bowel of an angry volcano.
Everyone felt so, but for Osofisan and Obafemi, a wine connoisseur it was an opportune moment to whine over the inability to satisfy their craving in the environment they obviously held as rather “unfriendly”.

Akachi Ezeigbo chided the duo for their craving for hard drink instead of plain water which, she lectured, was better to assuage thirst.
She added that hot water the two men seemed to disdain was recommended as even much healthier than cold drinks for people their age.

“They will certainly kill us with all this, ‘don’t eat this, don’t drink that’ advisories!” Prof Obafemi protested.

Osofisan seemed to concur with Akachi. He recalled that while teaching in China, every morning a big jug of hot water was placed on the table from which the students were served. “They said the tradition was because hot water is good for their health,” the dramatic scholar said, but added: “Me, I protested. I said I’m from Africa, a continent that is already hot, why do you want to give me something hot again?”
The joke drew another round of general laugher from the group like previous ones.

Still Osofisan’s eyes rove restlessly for yet more mischief to wreak as the comical mood seemed to subside.
He soon found one. He took interest in Prof Akachi’s cute handbag, at first he regarded it with admiration and then suddenly made a grab at it.

Surprised, the lady withdrew the bag kept on her lap and clutched more firmly at it, giving Osofisan the look a class mistress would a naughty pupil.
“What do you want with my bag? Don’t you know you mustn’t look at what’s in a woman’s bag?” She chided with a friendliness that somewhat took off the sting of the reproach.

But Osofisan would not give up. “Why?” He countered as he again reached for the bag, prompting a back- and- forth tugging at the bag between him and Akachi.
“Leave my bag alone, leave my bag…” the literary Amazon cried to the amusement of all.
Finally tiring of the game Prof Osofisan let go.