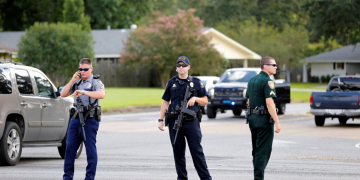 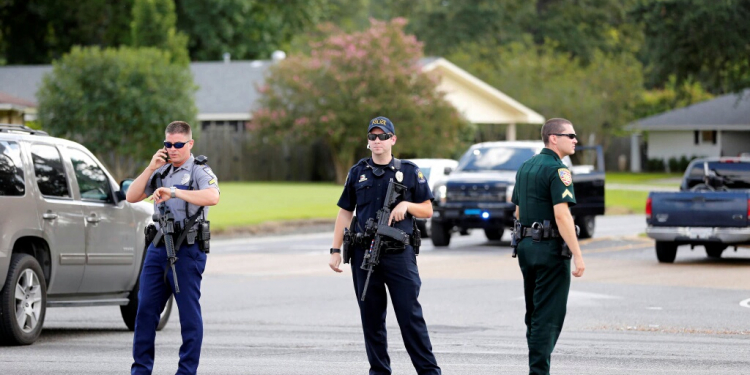 The shooting happened early just before 9 a.m., less than 1 mile from police headquarters.

A man was reported to be walking down the side of a road carrying an assault rifle. Witnesses reported him to police, and when the police arrived on the scene the shootout occurred.

“Seven officers were shot and at least three officers are dead,” a police source told CNN.

Parish Kip Holden, the mayor-president of East Baton Rouge told CNN that he believed three officers may have been killed in the attack.

“There is still an active scene. They are investigating. Right now we are trying to get our arms around everything. It’s just been one thing after another,” Mr Holden said.

“They are in extremely bad shape,” WAFB television said of the officers.