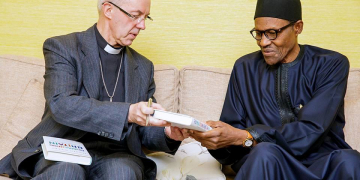 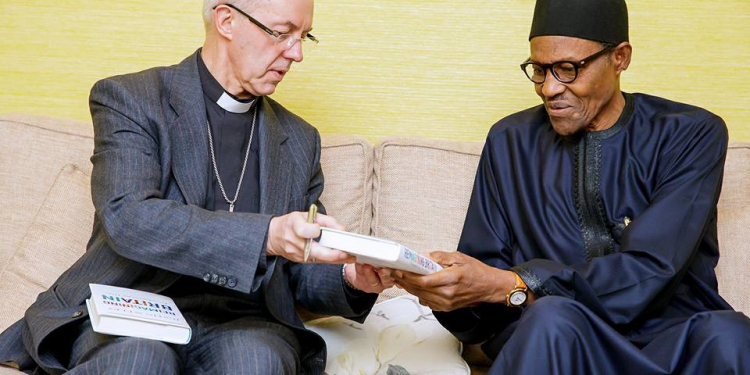 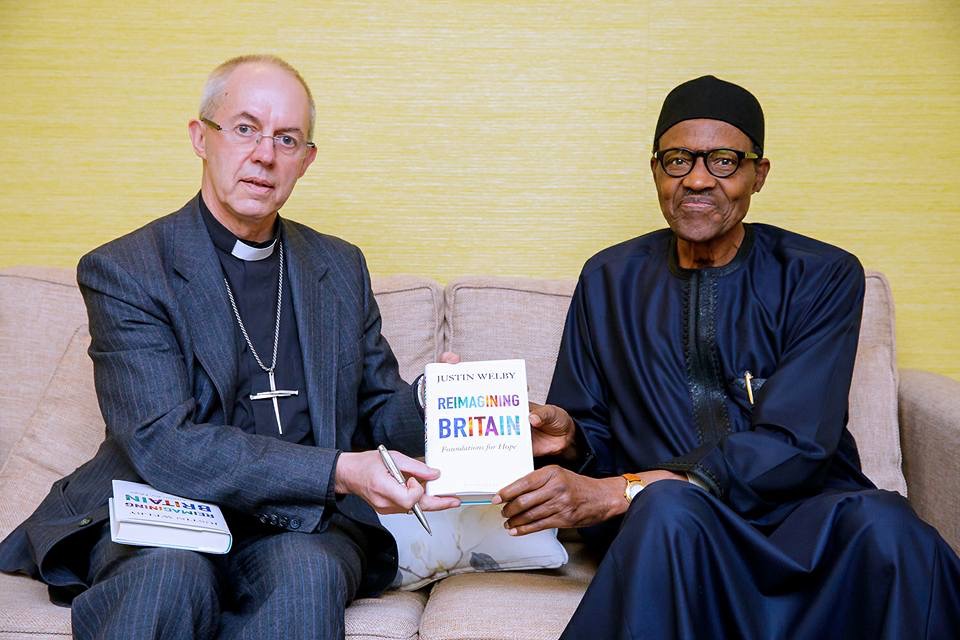 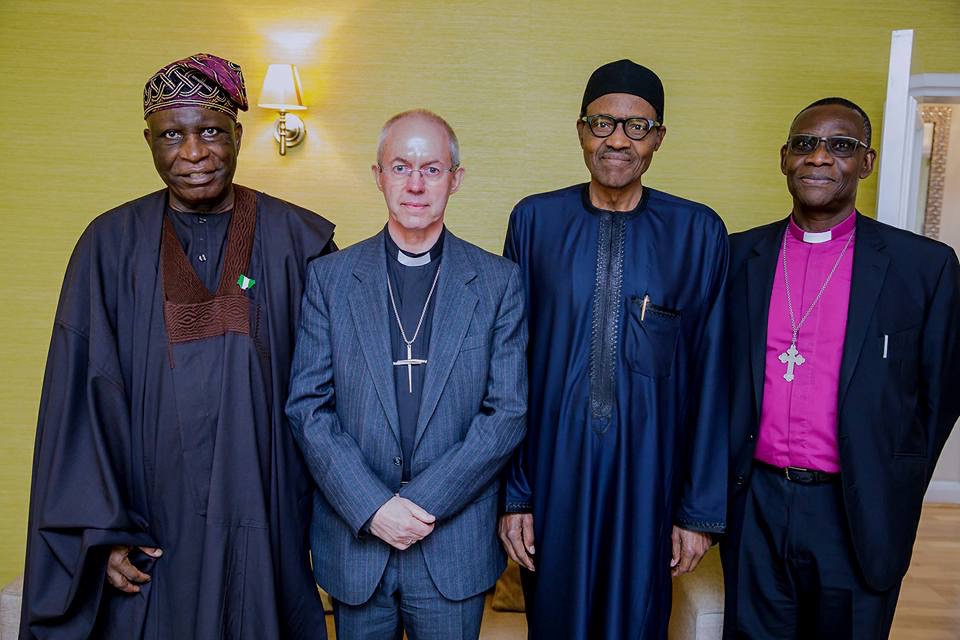 In a tweet, Archbishop Welby said it was a honour to meet Nigerian President Buhari.

He said he “offered support in seeking a sustainable solution to the herder-farmer conflict, and urged the President to secure 14-year-old Christian Leah Sharibu’s release from Boko Haram.”

He added: “I also expressed deep concern about raids on Christian communities and villages as far south as Delta State, which have led to many deaths and threaten worse violence. In such tragedies, the poor suffer most.”

He prayed for those suffering from the herder-farmer conflict, the Boko Haram insurgency and all those mourning loved ones.

“Pray especially for Christ’s liberating peace to be with all those in captivity.” he urged his followers.

PHOTOS from wedding Fatiha between Idris Ajimobi and Fatima Ganduje