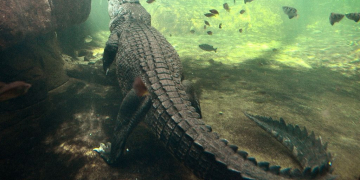 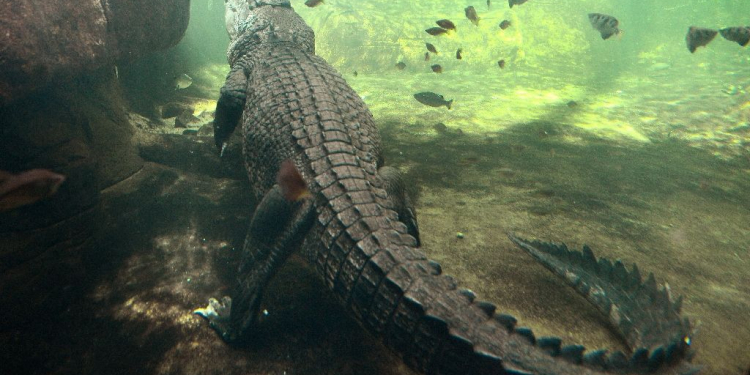 A woman is feared dead after being seized by a crocodile during a late-night swim at a beach in northern Australia as her friend struggled to save her, police said Monday.

The women went for a stroll on Thornton Beach on Sunday evening in the far north of Queensland state before making a fateful decision to take a dip in an area known to be infested with crocodiles.

“The woman was swimming with a female friend, also in her 40s, at 10.30pm when the incident occurred,” police said in a statement.

Senior Constable Russell Parker said the women — Australians visiting the area — were in the water when one of them was grabbed, with her friend desperately trying to drag her to safety.

“They decided to take a swim in the ocean just in waist-deep water and at that point, we believe that a crocodile has taken one of the women, taken hold of her,” he told the Australian Broadcasting Corporation.

“Her friend tried valiantly to drag her to the shore but unfortunately wasn’t able to do so and the woman subsequently disappeared.

“Now her friend raised the alarm with a nearby business and they subsequently contacted the police.”

A rescue helicopter was sent up with thermal imaging equipment but was unable to find her.

Parker added that the surviving woman was “very, very shaken and shocked” but appeared to have escaped with only grazes.

The Brisbane Courier-Mail said Thornton Beach was next to a creek where croc-spotting tours were organised, and there were plenty of warning signs throughout the vicinity.

The attack is not the first in the area. A giant crocodile known as Big Jim took local postal worker Beryl Wruck in 1985 when she had a late-night swim about an hour’s drive from Thornton Beach.

Crocodiles are common in Australia’s tropical north and kill an average of two people each year.

Earlier this month, a desperate fisherman threw spanners and spark plugs to fight off circling crocodiles after his friend drowned when one of the animals overturned their small boat near Darwin.

Crocodile numbers have increased since the introduction of protection laws in 1971, with estimates putting the Northern Territory’s population in the wild at about 100,000.

I'm being tempted to return to militancy - Tompolo