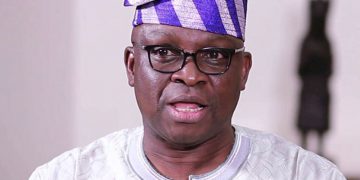 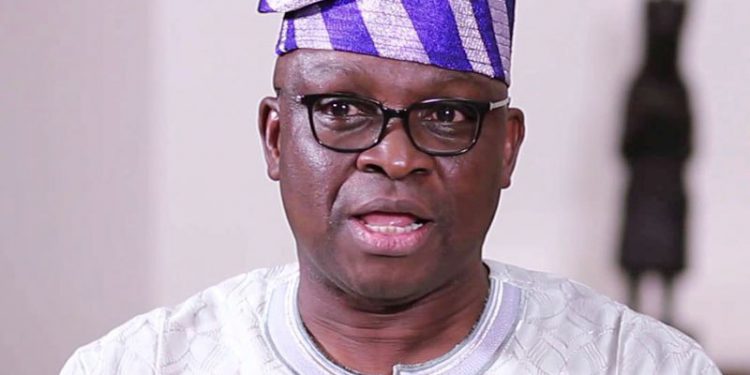 The Economic and Financial Crimes Commission(EFCC) on Friday unsealed some properties it allegedly linked to a former governor of Ekiti State, Mr Ayodele Fayose in Ado Ekiti.

According to Punch,  men believed to be EFCC personnel in a white-coloured bus with number plate  BWR 627 AT and with police protection erased the markings on the buildings with white paint.

The report claimed that EFCC personnel did not disclose the reason for their action, it however  said that the development might be connected with the anti-graft agency’s discovery that the properties were sealed in error.

EFCC had on November 22, 2018, sealed the properties in different parts of Ado Ekiti , marking them with red ink  and with the inscription: “EFCC: Under Investigation KEEP OFF ABJ-HQ FAFI.”

The buildings include a block of two-storey commercial complex located opposite the Ekiti State Local Government Service Commission; the NTS Event Hall and Hotel, Fajuyi; Our Peoples 104.1FM, Fajuyi; and a building beside Spotless Hotel, GRA, Ado Ekiti.

Others are a twin-building behind the Government House in the GRA; a two-storey commercial building at the Okesa Market; and a petrol station.

Fayose had in a reaction  through his media aide, Lere Olayinka, accused the EFCC of sealing properties  belonging to innocent people in the state under the guise that they were linked to him.