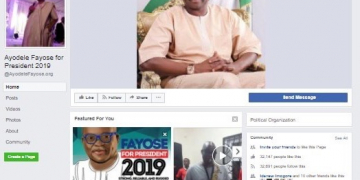 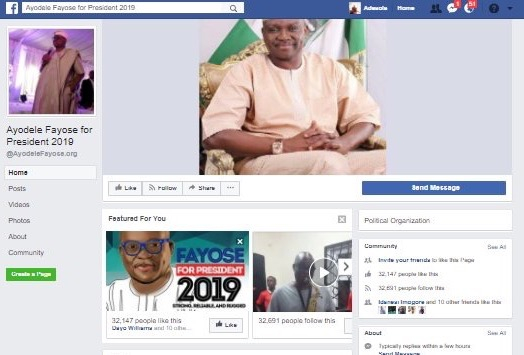 He was said to have opened a Facebook page and Twitter handle with the motto ‘Strong, Reliable and Rugged’

On the facebook page, the governor called all Nigerians to “behold their next president,” describing himself as ‘Pro Masses, Accessible, Ekiti State Governor, Chairman, PDP Governors’ Forum. Husband and Father, Peter (The Rock).” 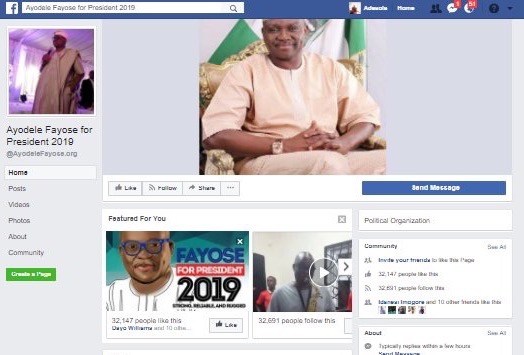 He added: “I have penchant for taking powers; that one in Buhari’s hand, I will take it. I’m going straight to that villa. I’m the next president,” Fayose had said.

“I want to be the next president of Nigeria. My own won’t be this change that has brought nothing, we are going to represent the people well and tell them the truth.

“Just because Ayo Fayose has won a second term to become governor of Ekiti, some people also think they can come back now, but I want to tell them that it is not possible.”

It would be recalled that Fayose had constantly criticized President Muhammadu Buhari especially over his state of health and never mixed words on his ambition for the number one position.