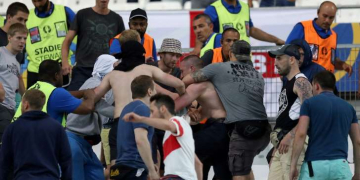 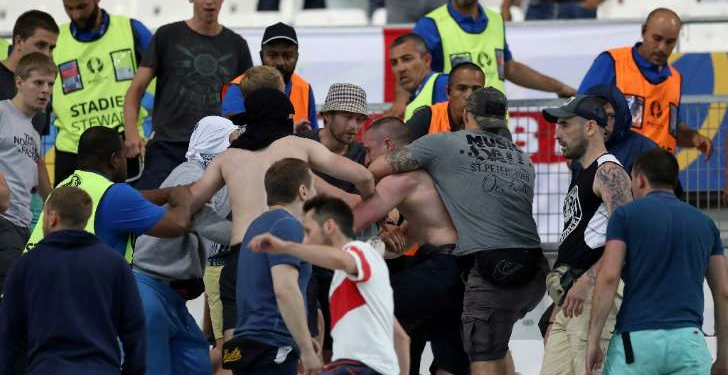 The French government has announced a ban on alcohol near Euro 2016 venues and fan zones, after three days of drunken violence among fans in the southern city of Marseille, AFP reports.

“I have asked for all necessary measures to be taken to prohibit the sale, consumption and transport of alcoholic drinks in sensitive areas on match days and the day before, and on days when fan zones are open”

The ban will include public areas, as well as shops and off-licences, Cazeneuve said.

Senior local officials can also ban bars and cafes from serving drinks on their terraces in containers that can be used as missiles. 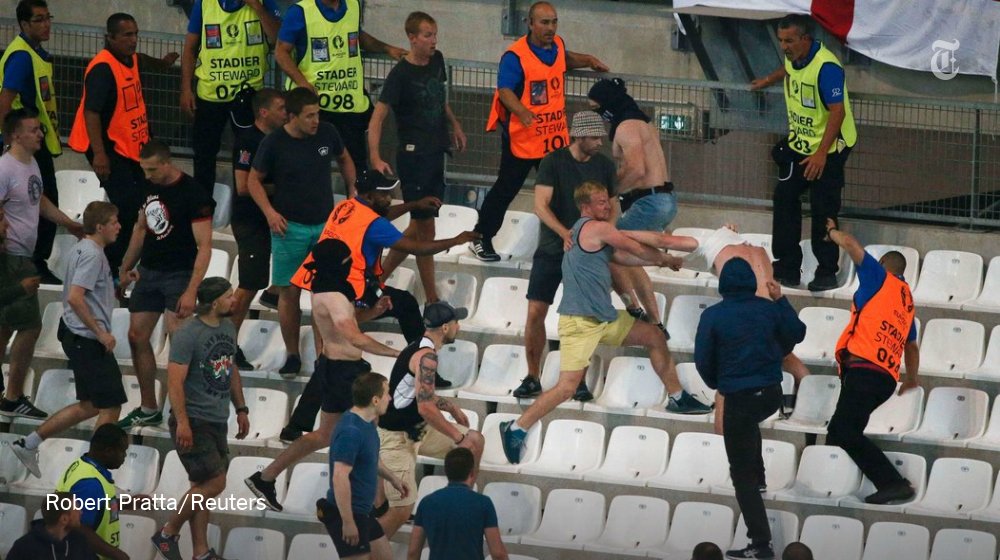 The move comes a day after Russian and English supporters — as well as French locals — clashed in pitched battles in Marseille ahead of their teams’ first-round encounter in the worst violence seen at an international tournament since the 1998 World Cup.

Saturday’s unrest, which left more than 30 people injured, prompted UEFA to warn both Russia and England that they risked being thrown out of the tournament if there was any repeat. 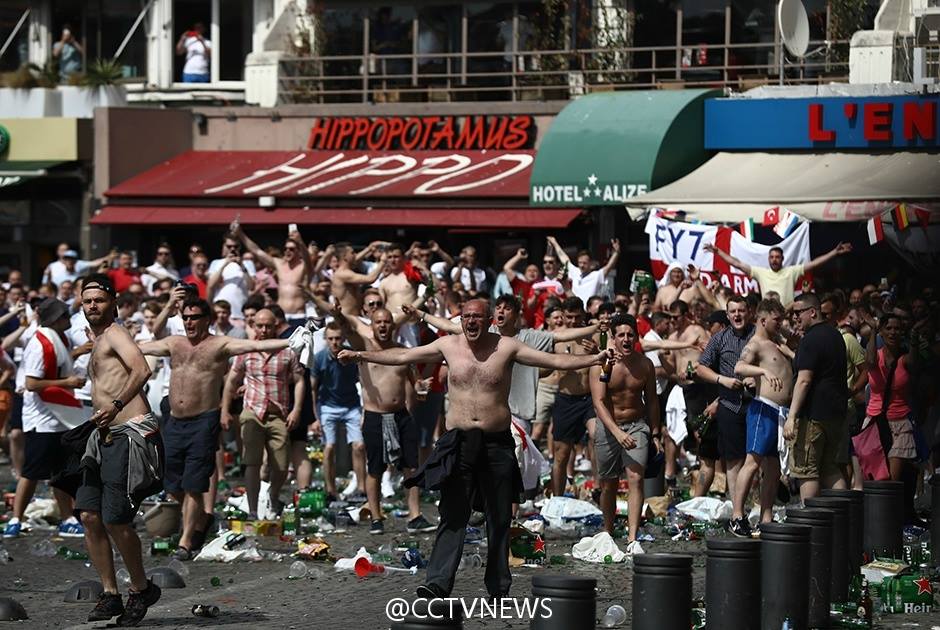 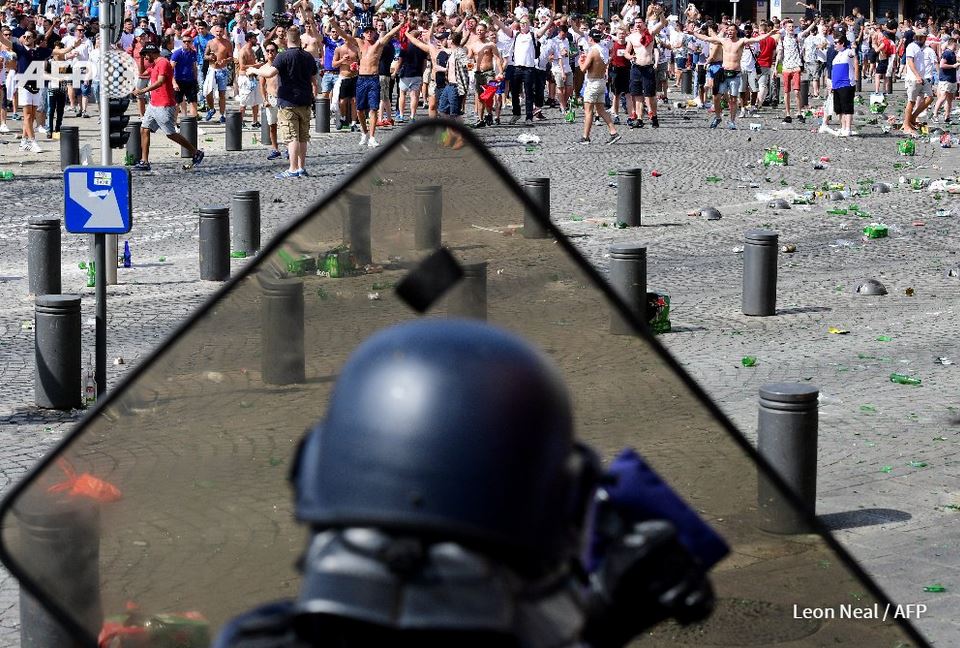 More than 1,200 riot police were deployed to quell the unrest, which began when hundreds of supporters — many of them drunk — began pelting each other with bottles and chairs in Marseille’s Vieux Port area.

There was more trouble inside the Stade Velodrome at the end of the 1-1 draw, when Russian fans charged into an English section of the ground.