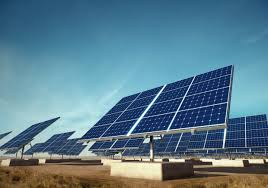 The Osun State Government and France have signed an agreement to build a 35 million Euros (N8 billion) 13 megawatts solar plant in the state.

Stephane Gompertz, France’s Ambassador for Climate Change, told the News Agency of Nigeria (NAN) in Abuja on Sunday that the project was the first of such magnitude to be signed in Nigeria.

Gompertz said the agreement was signed on Friday by the Osun Governor, Mr Rauf Aregbesola and a French company, Vergnet, adding that France was supporting Nigeria in the area of renewable energy.

“On Friday morning, I was with the French Ambassador in Abuja. We were received by the Governor of Osun State. We signed an agreement with a French company called Vergnet.

“Vergnet will build a solar plant of 13 megawatts, which is quite big for a solar plant. And as far as I am concerned, this is the first project of such magnitude to be signed here in Nigeria.

“There will be other bigger projects going up to 50 or even 100 megawatts,” he said.

Gompertz said France had supported Nigeria’s power sector through its contracts and also through loans from the French Development Agency (AFD).

He explained that the agreement to build the solar power plant also included training component to encourage transfer of technology.

According to him, the more we develop new technologies, the more people are trained to manage or to invent those technologies, and this will in the long run contribute to the development.

He noted that in 2009, the Federal Government had assigned Vergnet to establish a wind farm of 10 megawatts in Katsina state for more than 20 million Euros (about N4.5 billion).

The envoy said the farm, with 37 windmills, should start producing and be connected to the grid in the beginning of 2016.

According to him, the French group, TOTAL, is also willing to develop a solar energy project in Katsina state.