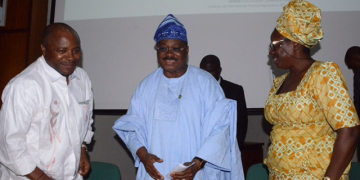 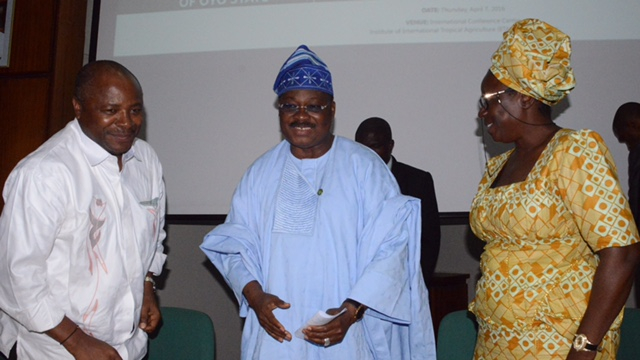 The new agriculture initiative of the Governor of Oyo State, Senator Abiola Ajimobi, aimed at rejuvenating the economy of the state has received a major boost following the pledge of initial investment of $30m by an agriculture entrepreneur.

The Managing Director of Numerix Development Limited, Mr. Babs Aina, made the pledge at the second consultative assembly organised by the state at the International Institute of Tropical Agriculture, Ibadan, on Thursday.

Aina, who promised that the figure would progressively increase to $100m in the next few years, said the investment would target maize and soya beans in the interim.

Top officials of agriculture research institutes, finance institutions, agro-allied business investors, and other stakeholders had converged on IITA to brainstorm on the revival of the agriculture potential of the state as alternative source of revenue.

At the forum were the Director-General of IITA, Dr. Nteranya Sanginga; Director, Institute of Agricultural Research and Training, Prof. James Adediran, top officials of research institutes and the Head, Development Finance office of the Central Bank of Nigeria, Ibadan, Mr. Bamiji Akinola.

Speaking at the event, the governor stressed that the target of the state was to harness the agriculture potential of the state with the ultimate ambition of becoming the food basket of the South-West, Nigeria in the short run and West Africa in the long run.

With an expanse of land spanning 28,454 square kilometer, the governor said that the state had the largest arable land in the Southern part of the country and human resources, which gave it comparative advantage over many other states.

Ajimobi called for attitudinal change among the people, advising that the people must work hard to survive instead of relying on prayers alone to provide their needs.

He said, “Now that oil, which is the major source of economy of Nigeria, has crashed the government and our people should put to maximum use the available landmass, physical infrastructure and clean environment to invite investors for the economic growth of the country.

“Nigeria is now at crossroads, because even our strategic reserve is nothing to write home about. Oil is our largest source of income in Nigeria, but it has crashed due to oil glut in the international market.

“We are very lucky in Oyo State. Out of our 33 local governments, 28 are agrarian. So, what Lagos State has in water, Oyo State has in land. We need to harness these through the agriculture value chain to revive our economy.”

In his remarks, the DG of IITA said it was lamentable that young people were no longer interested in farming due to the hostile environment.

As a researcher in one of the farms in the state, he said he discovered that majority of those engaging in farming nowadays were old people and children, which he said portended danger for the future of farming in the country.

He pledged the commitment and support of IITA for the agriculture initiative of the state, which he said had the wherewithal to feed the country comfortably.

Sanginga said, “As a researcher I discovered that only old people and children are left in the farm, not only in Nigeria, but across Africa. I’m afraid of what will happen to agric in the next ten years if this trend continues.

“Young graduates come to IITA every Friday of the month to be engaged as casual labourers and you will be shocked to know that some of them are graduates of reputable institutions. We only pay an equivalent of $3 per day and they still besiege us.

“We had to change their mindsets and give them fresh orientation. Today, some of them have embraced agriculture. I’m proud to present to you today a female lawyer and a male economist among the beneficiaries of this initiative who are today doing very well.

The Director of IAR and T lauded the initiative of the governor, which he said was the first time top agric researchers and other stakeholders would be assembled to offer suggestions and their expertise on any agriculture development in the state.

Adediran said, “No such forum has happened in the last 30 years where directors of institutes of research would gather like this to discuss the future of agriculture in Oyo State. This paradigm shift is a welcome development and I want to pledge the support of IAR and T and all of us here.

“The research institutes have done everything possible to improve the lot of farmers in Oyo State. We have been working hard to see to the improvement of agricultural production, techniques, pushing out of end products to the markets.

“On behalf of all the research institutes here present, I pledged our support to the government of the state, because your success is our success. We are ready for strategic partnership with you. We will stand by you to ensure that this project succeeds.”