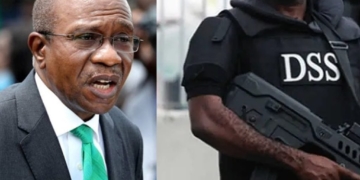 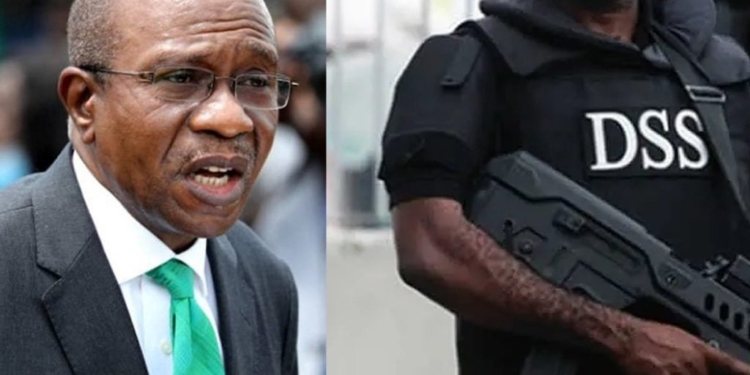 Operatives of the Department of State Services (DSS) have laid siege to the Office of the Central Bank of Nigeria (CBN) Governor, Godwin Emefiele, at the headquarters of the apex bank in Abuja.

The operatives also barred all staff of the bank from gaining access to Emefiele’s office.

Recall that CBN governor has been having a running battle with the DSS over allegation of terrorism financing.

DSS had earlier sought a court order to arrest Emefiele, who has reportedly been out of the country on annual leave.

However, a Federal High Court had in December 2022 barred the secret police from arresting, inviting, or detaining him.