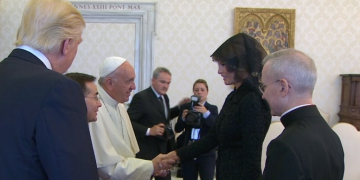 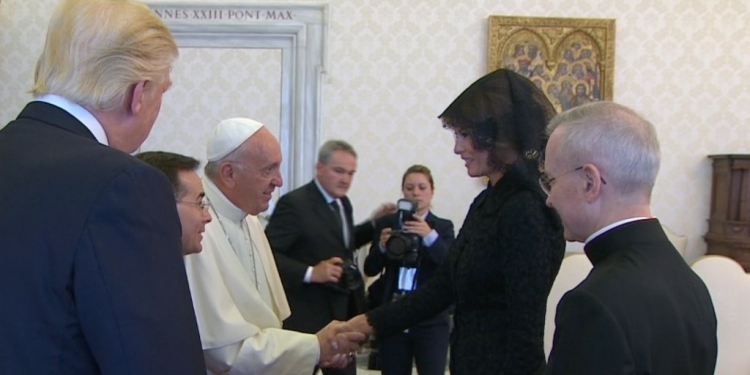 Pope Francis and US President Donald Trump met for the first time this morning at the Vatican. A video footage of the arrival showed Pope Francis and First Lady Melania Trump joking about the President’s culinary habits.

“What do you give him to eat,” Francis asked Melania in Spanish, via an interpreter, when he shook hands with her after the private audience with Trump.

The First Lady replied, “pizza,” drawing laughter from the pope. 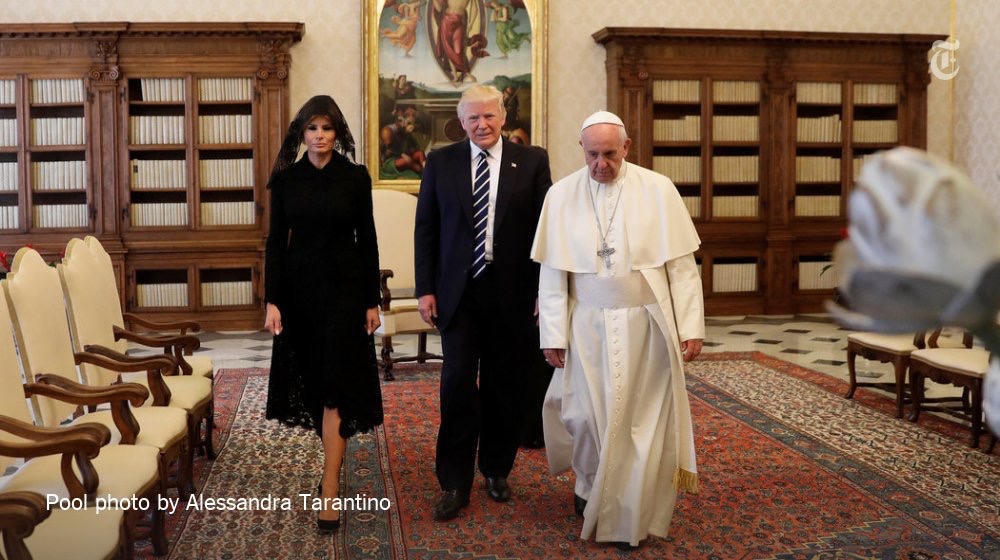 During the meeting, Pope Francis joined an international campaign to persuade Trump to meet U.S. commitments on climate change.

Francis gave the U.S. president a copy of his 2015 encyclical calling for urgent, drastic cuts in fossil-fuel emissions after a half-hour meeting in his private study. Trump presented Francis with a special edition of the works of U.S. civil rights leader Martin Luther King.

While no further details were given of their conversation, Francis’s choice of gift suggests he added his voice to those who are urging Trump not to renege on the Paris accord, which is the cornerstone of global efforts to limit climate change.

“Thank you, thank you,” Trump told Francis. “I won’t forget what you said.” Trump has said climate change might be a hoax perpetrated by the Chinese. 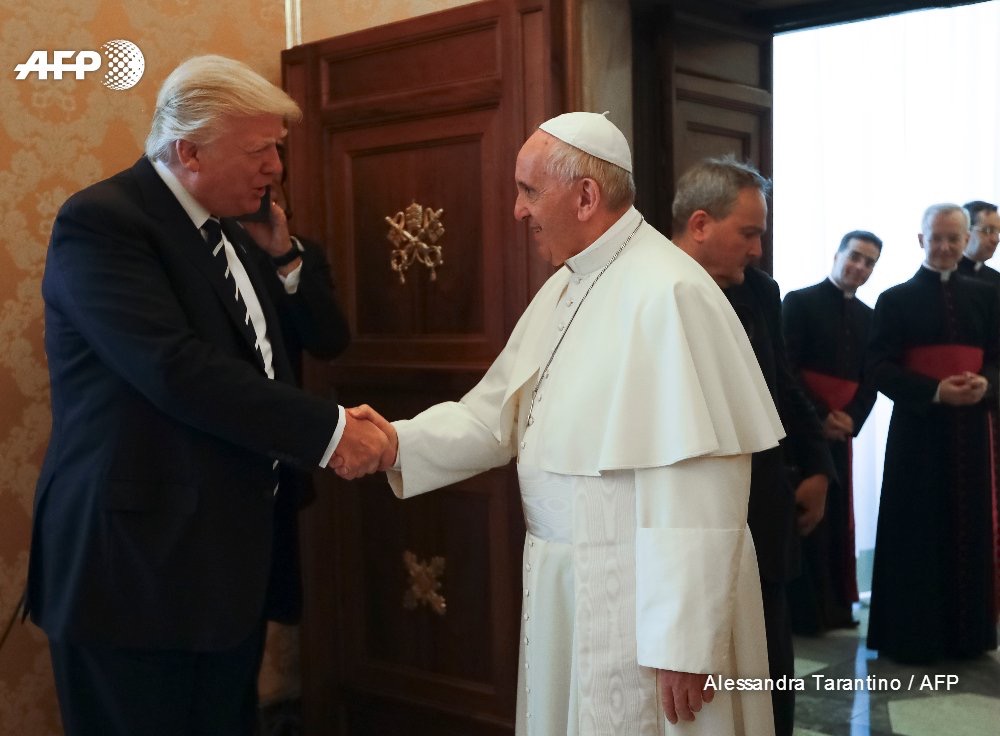 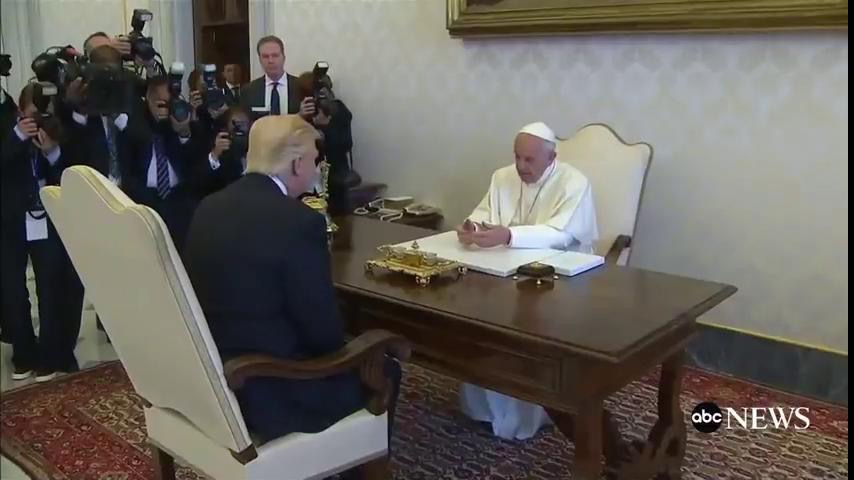