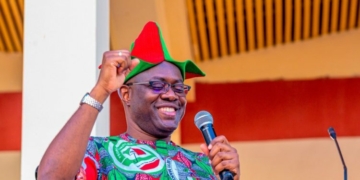 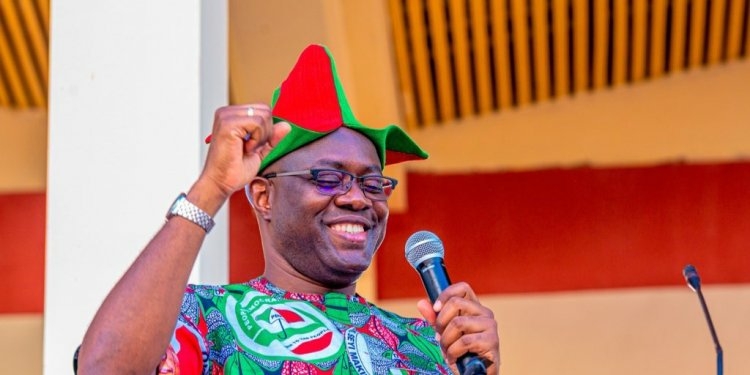 According to a statement by the governor’s Chief Press Secretary, Mr Taiwo Adisa, Makinde made the announcement during a consultative and town hall meeting with the Peoples Democratic Party (PDP) stakeholders in Ogbomoso zone, held at the Soun Ogunlola Hall, Ogbomoso, on Thursday.

He said: “I am happy to have been in Ogbomoso since yesterday (Wednesday) to see you, my people and I have been enjoying the good breeze of the historic city.

“We held a stakeholders meeting yesterday and I have noticed some of the things you discussed with me. I understand the state of the party and how it looks like before and I am beginning to see the fruits of reconciliation.

“All of the issues you have raised on the physically challenged schools, the Juice Factory in Oko and the extension of Light-up Oyo Project beyond where it is now and all that will be considered and looked into.

“Let me also tell you that I am coming back here. You know we have not started the major campaign. So, we are coming back for the local government campaign. But as I was coming into this premises I saw some people holding placards, demanding for the appointment of a new Soun of Ogbomoso land. Let me tell everyone that my interest in the appointment of the new Soun is that due process must be followed.

“The file is already on my table but some people have already gone to court because they claimed they were excluded in the race. But I said the matter should be settled internally by incorporating their names in the list of aspirants as well. And I can assure that as soon as they are done with their arrangement and bring their resolution to my table, I will endorse it immediately. Whoever is appointed by the people is who I will recognise and endorse as well.”

The governor equally charged the Ogbomoso electorate not to be swayed by individuals trying to sell other political parties to them, saying: “This is not my first time campaigning in Ogbomoso. When I was in SDP, I came to Ogbomoso to campaign. The particular horse we rode on during the exercise even suffered injury on its legs and no surgery can fix the broken legs. So, if some people try as much as possible to ride on it, they won’t move anywhere, they will remain on the same spot.

“So, with what I have seen today, I have the conviction that the people of Ogbomoso are solidly behind us. We can only keep being thankful to God.”

Speaking earlier, the PDP Chairman in Oyo State, Mr. Dayo Ogungbenro, described Makinde as a promise keeper, noting that he has done well for Ogbomoso zone despite losing the 2019 election in a majority of the five local councils in the zone.

He maintained that the meetings were scheduled so that the governor could make a fresh agreement with the people of Ogbomoso, urging them to re-elect Makinde and to vote for all candidates of the PDP in the 2023 general elections.

“When he is re-elected, he would not let down the people of Ogbomoso,” Ogungbenro said.

2023: Security operatives'll deal with politicians who use thugs to cause violence- NSA