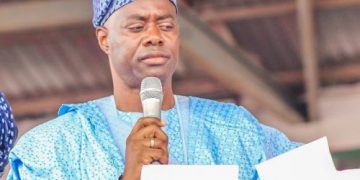 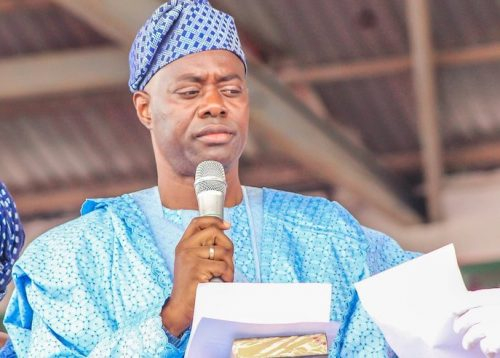 Oyo State Governor, Engr. Seyi Makinde has directed that entry forms into the state’s Schools of Science and Junior Secondary Schools be made free henceforth.

A statement by the Chief Press Secretary to the Governor, Mr. Taiwo Adisa said the governor issued the directive through the State Head of Service, Mrs. Amidat Ololade Agboola.

Directing that all entry, placement, screening and registration forms into the schools be given free, the governor also ordered the management of the respective schools to immediately refund form fees earlier paid by the
categories of students.

According to the statement, the directive by Governor Makinde is in fulfilment of his electioneering campaign promise to promote free and quality education to the citizenry of the State.

The release further appealed to stakeholders to co-operate with the present administration to ensure that the state assumes its pacesetter status in the education sector.

In another development, the government of Oyo state has kick-started massive refuse evacuation in Ibadan metropolis.

Permanent Secretaries of the Ministries of Environment and Water Resources, Mr. Gabriel Oguntola and his Information Ministry counterpart, Dr. Bashir Olanrewaju, who spoke during the evacuation exercise held at Gege River in Ayeye, area of Ibadan, said that the exercise was aimed at making the city of Ibadan clean and habitable.

The Permanent Secretaries also noted that the exercise was part of the mandate given to the Implementation Committee by Governor Seyi Makinde to keep Ibadan clean and ensure zero tolerance to indiscriminate dumping of refuse.

The duo further appealed to the traders and residents to support the State government in its bid to make the State clean and habitable.
According to them, keeping a hygienic environment would prevent any outbreak of epidemic and other communicable diseases that might be contacted from unhealthy environment.

They also stated that the present administration will continue to engage all the stakeholders including traders, market men and women, religious leaders as well as general public through sensitization programmes on wastes disposal.

The Chief Operating Officer of West African Energy, Mrs. Lolade Oresanya, who also spoke during the exercise stated that some 30 priority dumping sites in Ibadan needed immediate evacuation adding that Gege River in Ibadan North West Local Government has been identified as one.

She therefore, admonished the residents and traders in the area to patronize Government- approved refuse contractors and waste managers so as to achieve government’s mandate of zero tolerance for indiscriminate waste and refuse disposal in the state.