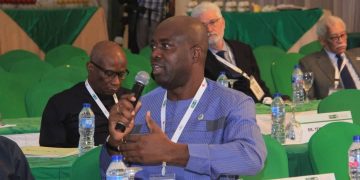 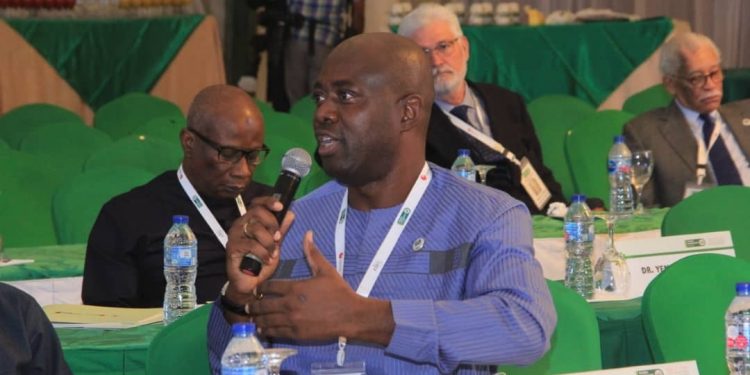 The Peoples Democratic Party (PDP) in Oyo State on Sunday night opined that the opposition All Progressives Congress (APC) should be ashamed of its eight year rule in the state under the leadership of Senator Abiola Ajimobi.

The PDP made the declaration in reply to a statement issued by the APC reacting to the revelations made by Governor Seyi Makinde on Saturday during a media chat organised to mark his first 30 days in office.

The APC, in the statement by its Chairman, said Makinde’s utterances were an indication of his lack of understanding of governance. The party slammed Makinde for alleging that there was massive corruption during Ajimobi’s administration, saying the governor seems unprepared for governance.

But in a statement by its State Publicity Secretary, Engineer Akeem Olatunji, the PDP accused the leadership of the APC of sticking out their necks to defend mindless looting of the common patrimony of the people of Oyo state.

The statement reads: “Rather than claim that Engineer Seyi Makinde is still in election campaign mood, it is the APC that has remained bewildered by the smart ways in which Governor Makinde has outmanouvered all booby traps set to derail his government by the APC.

“We are highly embarrassed that any leader of the APC, a party that has perpetually claimed its live for anti- corruption at the national level could launch out and defend unconscienced mismanagement and outright looting in the Pacesetter state.”

“We are appalled that the said APC leaders saw nothing wrong in the illegal payment of N2billion to a firm for the Moniya- Iseyin Road and the disappearance of the company that received that sum.

“We are also appalled by the justification being offered for the illegal local government structure hurriedly put in place by the government of Senator Ajimobi, especially the forum shopping for “anticipated judgement” onnthe eve of the departure of his government.

“Let us say clearly that the PDP- led government ably presided over by Engineer Seyi Makinde will not be distracted by those who are not ashamed to defend mindless looters and corrupt tendencies.

“The people of Oyo state are not in any doubt as to the capacity and preparedness of Engineer Makinde and that is why he was massively voted into office.

“Let us say also that as true Omoluabi, our party the PDP will not be party to any attempt to colour corrupt tendencies in anyway. “The APC must prevail on its members to return the patrimony of our people mindlessly looted in the last eight years.

“Let no one be left in doubt that the long arms of the law will grab the guilty, in a shirt while, regardless of party affiliations.”