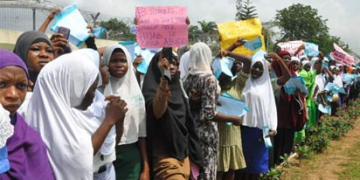 Osun CAN orders pupils to wear Christian garments to school

Osun CAN orders pupils to wear Christian garments to school 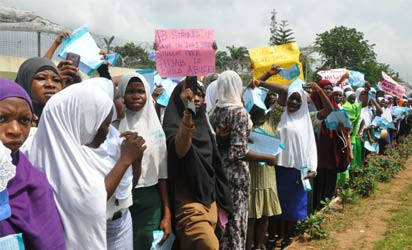 Osun State Christian Association of Nigeria (OSCAN) has directed all female Christian students in both primary and secondary schools in the state to wear their church garments to their different schools, beginning from Monday.

How to avoid election violence in 2023- Sultan, CAN

Vanguard reports that Christian leaders have agreed that by next Monday, Christian pupils will begin to wear their garments such as those for Boys Brigade, ushers, Girls Guide, choristers, band boys, white garments and others.

The newspapers reports that messages have been sent to churches to mobilise their members to ensure that their children comply with the directive. Already, Director of DSS in the state met Christian and Muslim leaders separately on Wednesday pleading for peace.

Justice Jide Falola of the Osun State High Court, had last Friday ruled in favour of a case instituted by Osun State Muslim Community against the State Government on the right of female Muslim pupils in public schools in the state to use hijab on their school uniforms.

Meanwhile, the Osun State chapter of the Peoples Democratic Party (PDP) has said Nigerians should hold the state Governor, Rauf Aregbesola, responsible, if more damage is done to the state’s education system through the brewing crises over wearing of hijab in public schools by female pupils.

The party in a statement issued in Osogbo by its spokesperson, Prince Diran Odeyemi, said Muslims and Christians in Osun state have coexisted long before now without crises and blamed the rising tension on Governor Aregbesola, whom it accused of planning to destabilise the state for some political reasons.

But in a swift response, the state’s Solicitor General, Abiola Adewemimo, said government had no hand in the judgement.

“While we consider this to be unfortunate, we hasten to remind all religious groups, Christians, Muslim and traditional religious worshippers that the Judiciary is an independent arm of Government that is responsible and not under the control of the Executive in anyway.