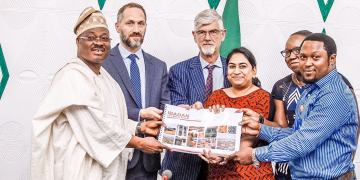 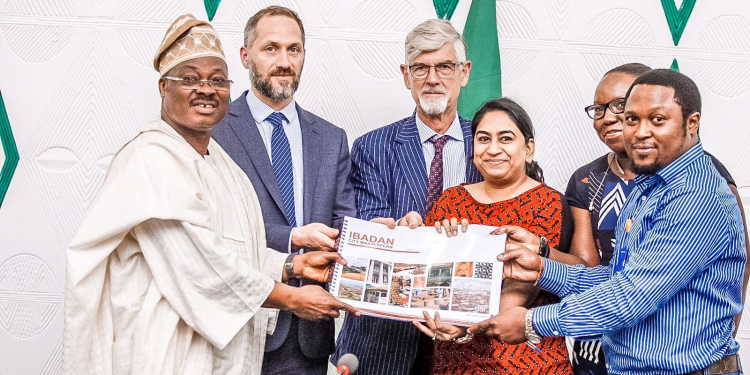 The final draft of a 20-year Ibadan city master plan aimed at ending the regime of flooding as well as charting a new direction for the city has been presented to the Governor of Oyo State, Senator Abiola Ajimobi.

Australia warns citizens against travlling to Nigeria over flooding, others

The governor received the draft document from the representatives of Design and Architecture Bureau Consulting Engineers (dar), led by the Project Manager, Mr Yann Leclerq, at the Governor’s Office, Ibadan, on Friday.

In his presentation to members of the state executive council, Leclerq stated that the draft master plan reflected the immediate and future needs of citizens of the city, whom he said were among the stakeholders that were engaged during the process. 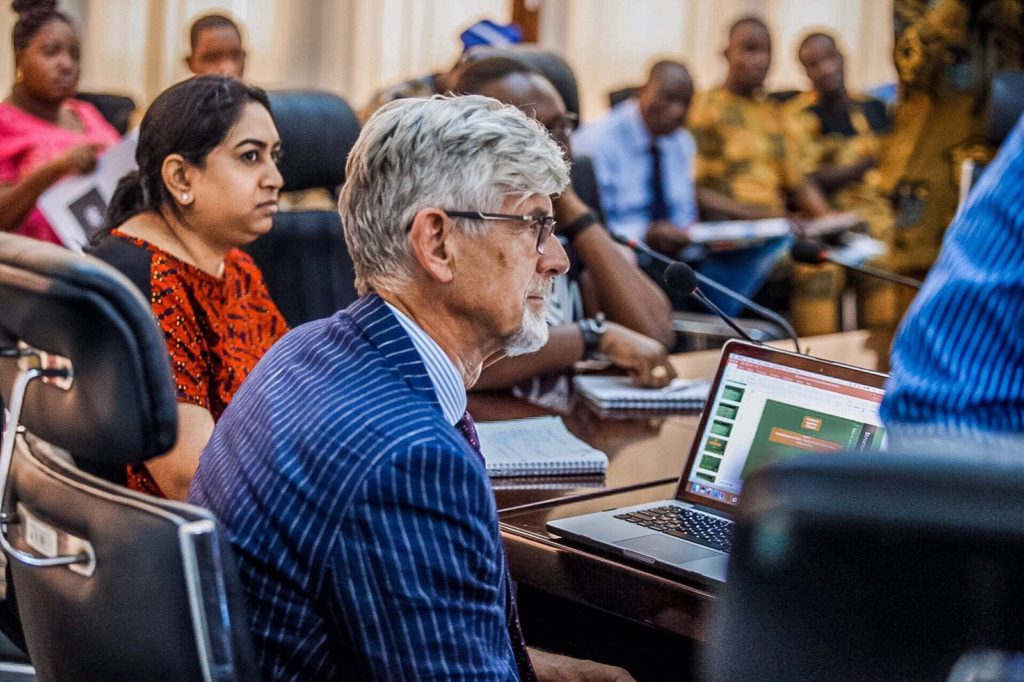 According to him, the development of a master plan was inspired by the August 2011 flooding in Ibadan and those before then, which, he said, were triggered by several natural and human factors.
Particularly, he listed deforestation, development on flood plain, clogging of water surface, informal settlements, dumping in water channels among several human factors responsible for flooding in the city.

He said, “This master plan will provide sound planning frameworks and foundations to attract investment for existing and new business growth. It will prevent flooding episodes for existing and future development areas.

“We are also confident that it will improve and expand the city’s transport network. It will aid plans for and accommodate the future population growth. It will also enhance the quality of life for existing and future residents.

“Part of the objectives is to use this plan to establish the basis for the provision of adequate infrastructure capable of meeting the need of the population.”

According to him, a detailed urban plan, which he said was the next phase of the project, would include the core areas, flood prone areas and the circular road under construction.

The project manager added that Friday’s presentation was aimed at aggregating and incorporating the comments of state executive council and critical stakeholders, leading to the presentation of a detailed plan in September.
The draft master plan focuses on land use distribution, heritage and tourism, education and healthcare facilities, fire stations and security network, transport network, prevention of flooding and sustainable drainage systems, as well as pedestrian and bicycle networks.

In his remarks, the governor said that lack of a master plan contributed to the vulnerability of the city leading to natural disasters, such as the flooding witnessed on August 26, 2011.

Instead of emphasizing only mass transit system of transportation as contained in the draft document, Ajimobi tasked the consultants to incorporate intra and inter-city rail system into the final document to take advantage of the existing Lagos-Ibadan rail line.

Ajimobi added. “I will also want you to incorporate how the state can cope with the existing structures and settlements. It will give us legitimacy to remove illegal structures on flood plains. I know the implementation may pose challenges, but let us see.

“In making recommendations on street trading, emphasis should be on enforcement. But, at the same time, you have to take into consideration our culture and peculiarities. For instance, can we have trading axis, neighbourhood markets and the rest.
“You have listened to the observations and contributions of the members of the executive council. Please, work on these so that we may have a robust master plan that will ensure coordinated physical growth, improved socio-economic development and enhanced living standards of residents.

“More importantly, this will make the city resilient to stress and responsive to natural disasters, especially flooding in the future.”