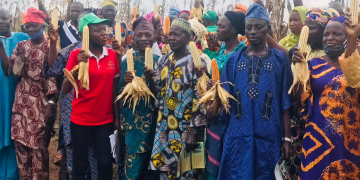 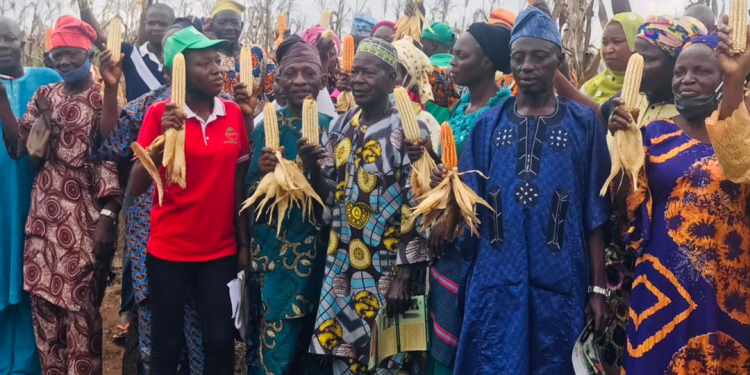 Some of the farmers who spoke in different interviews during the ‘’SeedCO Farmers’ Field Day’, in Iseyin, appealed to government at all levels to make seedlings available in subsidised or controlled amount.

The chairman, All Farmers Association of Nigeria (AFAN), in Iseyin, Mr Joseph Omoyele, said government intervention would be required to enhance productivity and high yields.

‘’We really need the help of government at all levels because the truth is that we can’t afford to buy the seedlings that will give us the required harvest and profits.

‘’If not for SeedCO who intervened by selling to us hybrid seedlings at reasonable amount, it may be very difficult to have make profit or have the required yields.

‘’Their seeds is basically the best I have come across in my over 40 years of active commercial farming, their SC510 maize is a seed that can withstand heavy winds.

‘’I planted just 22kg of SC510 maize on my one hectare of land and I got six tonnes of produce, compared to our normal seedling that will only give me below two tonnes.

“Our members who planted the SC 719 maize told me that 25kg gave them between10 to 12, unlike our normal seeds that can only give us two tonnes on the same one hectare of land,’’ he said.

The head of farmers in Alagbado community, Mr Gbade Adedoyin, appealed to government for soft loans and fixing of roads that lead to farms to ease logistics challenges being faced by farmers.

‘’It is now two years since I have started using SeedCO seeds for my farms and I can tell you that my produce and profits have multiplied in folds since I started.

‘’We are even able to plant their SC510 twice in a year because it has just 90 days to maturity and the SC 710 120 days. I want to beg government to partner with SeedCO so as to make food available in abundance,’’ Adedoyin said.

Another farmer, Mr Olalekan Atanda, who corroborated claims of the other farmers, however, appealed for caution.

‘’The SeedCO seeds is very good and it’s also very high yield too, but you must take good care of your farm otherwise you will not get the desired results.

‘’Unlike our normal maize seeds, the SeedCO products have its own care mechanism that must be strictly adhered to before you can have the required results.

‘’Eventually, it will be worth the time and investment because you are going to get so much more than what you will get from your normal maize seedling,’’ he said.

Also speaking, a community head, Mr Jimoh Motunrayo, revealed that the major occupation of his people is agriculture and its value chain.

‘’Almost everyone in my area of governance are farmers in one way or the other and it will be a thing of joy if government can intervene in some aspects.

‘’Things that are of utmost importance to us are seedlings, storages, access roads, soft loans and modern equipment,’’ Motunrayo stated.

Another community leader, Mr Lukman Adekunle, said that various farmers under his supervision have testified to the effectiveness of the SeedCO seeds.

Speaking, the quality assurance lead of SeedCO, Miss Adejumoke Abikoye, said the aim of the company is to raise productivity of farmers.

She noted that the primary objective of the company was to ensure plentiful harvest and profits for farmers.

‘’All that is required of them is to follow the guidelines and at the end they will have harvest that is far beyond their imagination because that is the purpose of our special and affordable seeds, ‘’ she said.