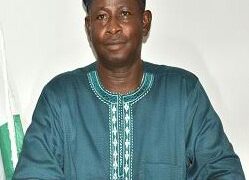 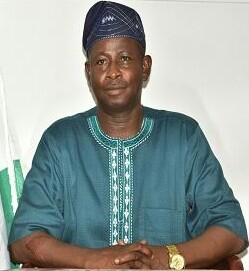 The Chairman of the proscribed National Union if Road Transport Workers(NURTW), Oyo State Chapter, has described reports making the rounds that the national body of the union has recognised Alhaji Mukaila Lamidi (aka Auxiliary) as the state chairman of the union as untrue.

According to Nigerian Tribune, a report trended on social media on Wednesday evening that the national president of the body, Alhaji Najeem Yasin had endorsed Auxiliary during his reconciliation visit to Ibadan, the state capital.

It would be recalled that the state government proscribed the union on May 31 following the violent clashes that occured among some members of the union that nearly disturbed the peace and security of the state.

Ejiogbe in a statement issued on Friday by his media officer, Sunday Orotokun, debunked the report, saying “it is unfortunate that some people have started spreading lies that Alhaji Yaasin has endorsed Auxiliary.”

He said the visit to Auxiliary by the NURTW national president was part of reconciliation efforts being made to ensure peace reigns in the union, adding that the team also visited some stakeholders in the state with a view to finding a lasting solution to the crisis affecting the union.

The statement read: “The story [the purported endorsement of Auxiliary] is a lie and it is nothing but an attempt by some people to truncate the reconciliation process embarked upon by Alhaji Najeem Yaasin.

“As part of the effort by the national executive of NURTW to resolve the ongoing crisis in the union, the national president of NURTW was in Ibadan, the Oyo State capital, on Wednesday to discuss issues affecting the union.

“Alhaji Yaasin had different meetings with the proscribed Oyo state executive of the NURTW led by Alhaji Abideen Eji-Ogbe and later with Alhaji Mukaila Auxiliary to formalise on how peace can be restored into the union.

“Alhaji Yaasin stressed that the essence of the meeting with all NURTW leaders in Oyo State us to ensure that peace reign in the union and work collectively on how to lift ban placed on the NURTW activities by the state government.

“According to the NURTW Boss, the ban has affected the activities of the union hence the need for all concerned members to sheathe their sword for the progress of Oyo NURTW.

“The NURTW national president, at the meeting, urged all members to strictly adhere to the decision of the state government and maintain peace in their various domains.”