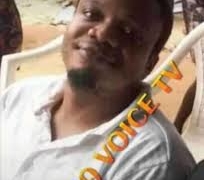 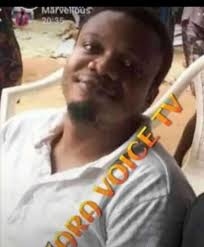 A doctor working with Delta State University Teaching Hospital (DELSUTH), Oghara, Dr Uyi Iluobe, has been murdered by the relatives of a patient.

It was gathered that Iluobe was called to attend to a gunshot victim rushed to the Accident and Emergency ward of the hospital on December 31, 2022.

It was learnt that the victim gave up the ghost before the doctor could commence the surgery.Immediately, the relatives learnt about the death of the victim, they attacked the doctor, hitting him until he became unconscious and eventually died.

Reacting to the incident, the Nigerian Medical Association condemned the gruesome murder of Iluobe.

The NMA, in a statement signed by its President, Dr Uche Ojinmah, also called on the Delta State Government and the Inspector-General of Police to bring the perpetrators of the murder to book.

He urged the National Assembly to criminalise violence against healthcare workers in the country.

“The Nigerian Medical Association received with shock and sadness the news of the murder on December 31st, 2022 of Dr Iluobe by the relatives of his patient at Oghara where his practice was based.Related News

“The above scenario being the response of the patient relatives to the loss of a patient from suspected gunshot injuries can never be justifiable and has taken violence against doctors and other healthcare workers from injuries to murder.

“It is unbelievable that in the face of a debilitating medical brain drain, the few doctors that patriotically decided to stay back and take care of our fellow citizens are being murdered by the same Nigerians.

“While we sympathise with the family of the patient that was lost, we strongly condemn this murder and call on the Government of Delta State and the Inspector-General of Police to as a matter of urgency bring the perpetrators of this heinous crime to book so as to assuage the pain we feel. A man should not be murdered for the selfless act of being on duty on a New Year’s Eve.

“The Nigerian Medical Association uses this medium to call on the National Assembly to make a law criminalising violence against healthcare workers. Please save our souls from wanton attacks by fellow Nigerians.

“We are closely monitoring the handling of the case of Dr Uyi Iluobe’s murder and shall respond as the need arises. Enough is enough,” the statement read.