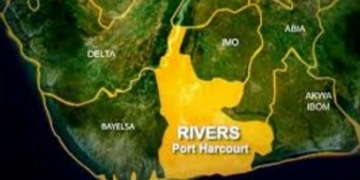 The two students, who are in SSS 2, were allegedly engaged in the act, not knowing that they were being recorded by one of their classmates.

The attention of the management of the school was later drawn to the situation, when a male teacher stumbled on the video on the phone of one of the students the video was transferred to.

The school management then invited the police from the Nkpolu divisional headquarters, leading to the arrest of two the students.

The police also arrested the male student who took the video and another of same-sex whom the video was transferred to.

A parent of one of the arrested students, who did not want her name in print for fear of being stigmatised, confirmed the incident but declined further comments.

When contacted, the Principal of the School, Mrs. Patience Nwachukwu, expressed sadness over the situation, saying the affected students were a bad influence and that such behaviour could not be condoned.

She said: “Those children are bad influence and we can’t condone that. After now they will have to be expelled from the school.

“I will still have to get to my boss to report and tell them the action I intend to take. But that is what I think is the best, because if they go unpunished tomorrow others will join and nothing will happen.”