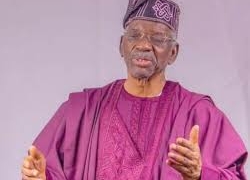 Prince Tajudeen Olusi @86: The leader I know, By Awa Bamiji

Prince Tajudeen Olusi @86: The leader I know, By Awa Bamiji 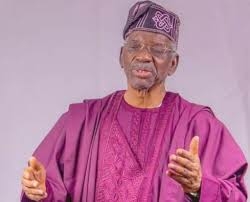 I always count myself as a very lucky person or should I call it destiny instead, because as a young, brilliant,  conscious and focused activist, I graduated from one of the leading universities in Nigeria, Obafemi Awolowo University (OAU), Ile Ife, in the year 2001, into the midst of first class political leaders in the South West region and beyond. One of such is our celebrant today and my political father, Prince Tajudeen Oluyole Olusi (OON).

As a megaphone of the progressive Nigerian youths over the past two decades, and on behalf of millions of these ever progressive, conscious and dynamic youths, I celebrate you today, my mentor, teacher, leader and political encyclopaedia, Prince Tajudeen Oluyole Olusi (OON).

Prince Olusi was a former Commissioner, Ministry of Commerce and Industry, during the military administration of Brigadier General Olagunsoye Oyinlola (Rtd) in Lagos State. Apart from being a Councillor at  age of 26 at Lagos Town Council in 1962, Prince Olusui was also a   legislator in the lower legislative arm of the National Assembly, Federal House of Representatives, between 1979 and 1983.

As the Chairman, Lagos Council of Elders as well as Chairman, Governor’s Advisory Council (GAC), the highest decision making body of the All Progressives Congress(APC) in Lagos State, you are blessed with numerous political sons and daughters across the South West such as Governor Babajide Sanwo-Olu, Senator Oluremi Tinubu, Rt. Hon. Femi Gbajabiamila and several others, who are all making you proud.

Your biological sons, daughters and grand children are equally making you proud as a father, prominent among them are my close brothers, Prince Adetoyese Olusi, current Chairman, Lagos Island Local Government, and Prince Sola Olusi, Special Assistant to Governor Babajide Sanwo-Olu on Local Government Affairs. No wonder Yoruba says ‘Ilesanmi dun ju oye lo (To be comfortable at home is better than being a Chief in the Palace).’

Today, you are the leader of the main Afenifere, with multitude of followers across the region.

As your political son, who has covered a lot of ground politically in the last two decades, and if from 2001 till date, we are still enjoying good father and son relationship, it calls for celebration.