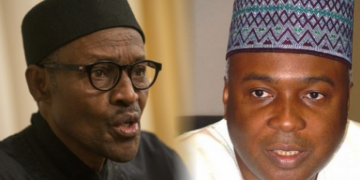 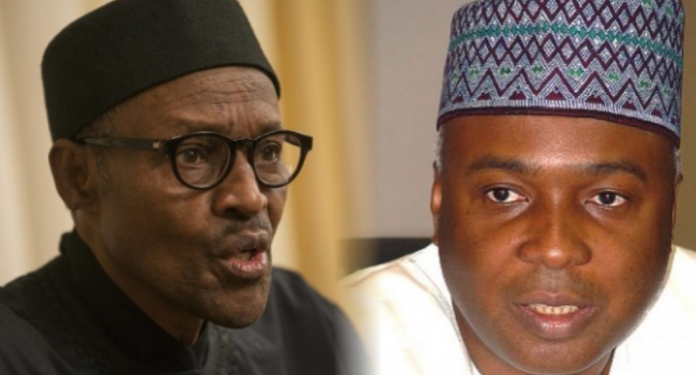 President Muhammadu Buhari has described allegations by Senate President, Bukola Saraki, of the emergence of a cabal within the presidency as not only ridiculous, but also preposterous, saying his claim is not “even worth the paper on which it was written, as anybody can wake from a troubled sleep, and say anything.”

In a statement by the the Special Adviser to the president on Media and Publicity, Femi Adesina, Buhari said the claim was not even worth the paper on which it was written.

“President of the Senate, Dr. Abubakar Bukola Saraki, claims there is now a government within the government of President Buhari which has allegedly seized the apparatus of Executive powers to pursue a nefarious agenda,” the statement read.

“This claim by Senator Saraki would have been more worth the while, if it had been backed with more information. If he had proceeded to identify those who constitute the “government within the government,” it would have taken the issue beyond the realm of fiction and mere conjecture.

“But as it stands, the allegation is not even worth the paper on which it was written, as anybody can wake from a troubled sleep, and say anything.

“The Attorney-General of the Federation is the Chief Law Officer of the state. It is within his constitutional powers to determine who has infringed upon the law, and who has not.

“Pretending to carry an imaginary cross is mere obfuscation, if, indeed, a criminal act has been committed. But we leave the courts to judge.

“To claim that President Muhammadu Buhari is anybody’s stooge is not only ridiculous, but also preposterous. It is not in the character of our President.”

Meanwhile, Deputy Senate President, Ike Ekweremadu, who is also standing trial along with Saraki and two others, said on Monday that by the trial, democracy was in trial in Nigeria.

He said: “I presented myself to the Federal Capital Territory (FCT) High Court today as an ordinary citizen of this great nation to plead not guilty to charges I did not and could not have committed.