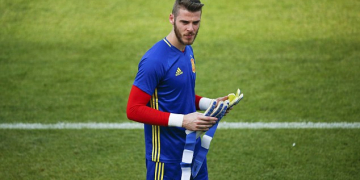 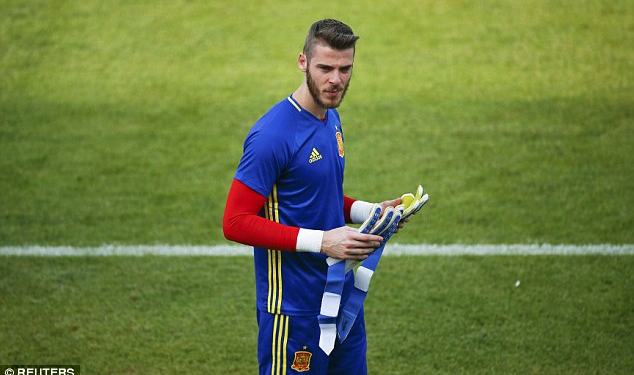 Manchester United goalkeeper and Spain’s second choice goalkeeper in the ongoing Euro 2016, David de Gea has been caught up in a major child prostitution scandal after the emergence of text messages which showed how he allegedly tried to arrange a prostitute for five Manchester United teammates.

According to MailOnline, reports said a protected witness in the case against pornographer Ignacio Allende Fernández – better known as ‘Torbe’ – claimed de Gea set up a date between her, one other girl, and two Spanish Under-21 players in 2012.

However de Gea has denied any wrongdoing, describing the accusations as ‘lies’ but several Spanish media outlets have published the messages the prostitute is claiming she exchanged with the goalie. 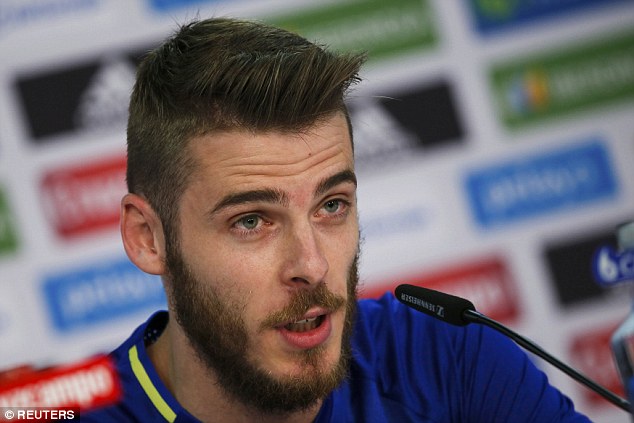 ‘I’m the first to be surprised by the news. I want to refute these allegations. These are lies and mistruths.

‘This gives me more strength to play with the Spanish national team, with the support of my team-mates. The matter remains in the hands of my lawyers. It is all false.

‘I am very calm. I want to go out to train and continue doing what I enjoy.

‘I have no idea where this has come from. I know that it is false. I just have to keep going.

‘I found out in my room. I let me family know of the situation. They are calm because they know me.’

It reproduced pictures of some of the text messages on its website along with a transcript using code names TP3 for the witness and DG for de Gea:

TP3: ‘When it comes to those sorts of things.’

DG: ‘Will you be able to cope with all of them?’