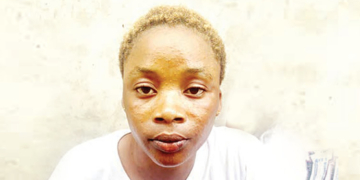 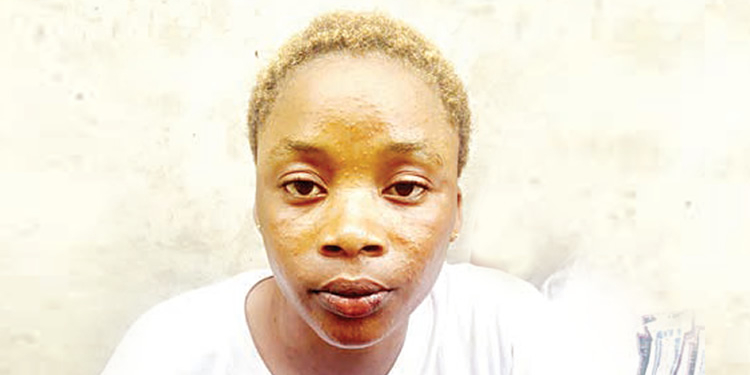 One of the victims of the kidnapping incident on Lagos-Ibadan expressway last Friday, Aminat Taiwo, has narrated how she was abducted by camouflage-wearing men while travelling to Ibadan for a friend’s wedding.

In an interview with The PUNCH, the 22-year-old lady said the kidnappers were more than 30 and wore soldiers and police uniforms.

“It was really a horrible experience for me. There was no traffic on the road and it was not night. We were on our way to Ibadan when we discovered that kidnappers had laid an ambush for vehicles passing around that period along the Lagos-Ibadan expressway. They ordered us to lie down and started shooting sporadically.

“Some people who wanted to escape were hit by bullets. It was terrible and not a good experience at all, but all thanks to God.The incident happened around 5pm on Friday.

“I was coming from Abeokuta to attend a friend’s wedding in Ibadan when we were attacked. We boarded a Sienna space van from Panseke Park; we were eight in the vehicle. Our vehicle passed through the Isiun-Ogere road to link the Lagos-Ibadan expressway.

“Three of us from our vehicle were kidnapped, the other victims were from other vehicles. Many people fell victim. Some people in their private cars were also attacked and some people escaped in the midnight when we were being taken into a deep forest.

“The kidnappers were armed to the teeth. They have guns, swords, knives and other dangerous weapons.

Taiwo said they moved in the bush for several hours, adding that their abductors did not give them water or food.

“We were licking water on leaves inside the forest.

“For the two days I spent with them, we were moving around the forest, we don’t stay too long in one place before they move us to another place.

“They did not have a house or anywhere to hide us. We sleep wherever the night meets us; we were sleeping inside the forest for two days. Some of us will sleep on trees, while others will sleep on the grass,” Taiwo said.

The lady, whose father paid N3.2 million ransom to secure her release, said they couldn’t attempt to escape because they were surrounded.

“We can’t attempt to escape because since two guys escaped on the first night, they changed their strategy. They always surround us. So, there is no way we can make any attempt.

“We used to hear the voices of people because most of the places we were sleeping belong to farmers. We saw cassava, maize, and other plantations inside the forest.

“When our abductors discovered that we are hearing the voices of neighbouring villagers, they will move us to another place,” she said.

The victim noted that their abductors were Hausas, but they understand and speak Yoruba fluently.

“They were speaking Yoruba, but they are Hausas. They don’t understand any other language apart from Yoruba and Hausa. If they hear us speak English, they will beat us,” she added.