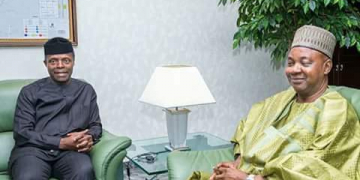 Why I visited Osinbajo – Namadi Sambo

Why I visited Osinbajo – Namadi Sambo 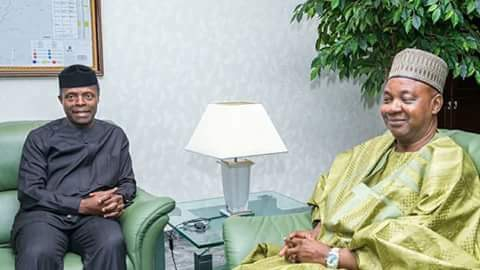 Sambo said the visit was a usual familiarisation.

He added that “I have come to visit Mr. Vice President and the Acting President as a usual familiarisation visit. 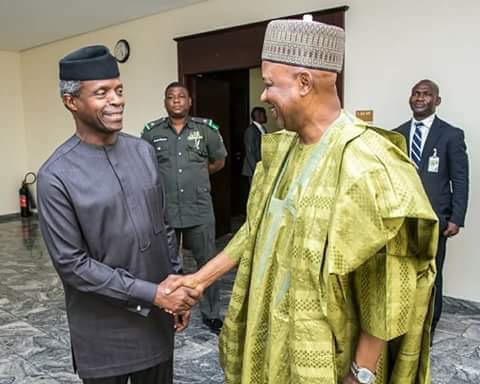 “I am happy to see all of you our old colleagues here and I want to thank you very much for this very good reception.’’

When prompted to disclose what both discussed, he declined, saying it was private.

Sambo climbed the staircase to approach the office of the Acting President, Osinbajo received him on the corridor and led him inside.

Sambo was Vice President to former President Goodluck Jonathan who handed over power to President Muhammadu Buhari on May 29, 2015.