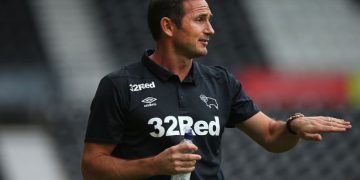 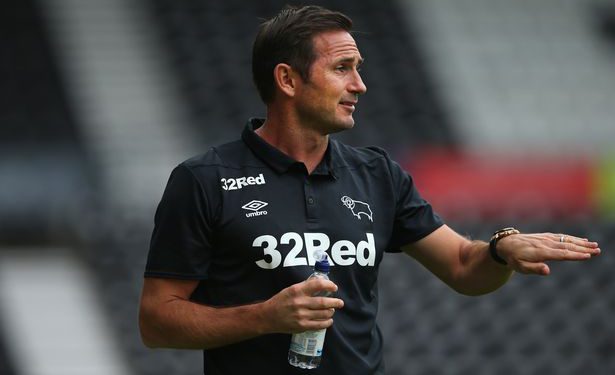 With Maurizio Sarri getting closer to leaving Chelsea having reportedly secured a three-year deal with Juventus, Stamford Bridge legend, Frank Lampard, has emerged favourite to take over as head coach of Chelsea, despite having just a year management experience.

Even though Sarri won the Europa League and qualified Chelsea for next season’s UEFA Champions League, it was a stormy 11 months for the former Napoli boss in West London.

According to football.london’s Chelsea correspondent, Oliver Harbord, Sarri’s style of play, stubbornnes over tactics and a perceived lack of a ‘Plan B’ and lack of opportunities for youth players were some of the things that got him into trouble with club supporters.

Harbord also mentioned some of the reasons current Derby County manager, Lampard, is topping the list of possible replacements for Sarri.

According to him, “Chelsea are still in the middle of a transfer embargo, meaning that the Blues are not able to register any new players this season and will be unable to replace Eden Hazard. That means Chelsea are going to have to use a lot of the loanees when it comes to filling the squad, and Lampard is seen as the best candidate to make that work.

“Along with bringing back Jody Morris as his assistant, a man who knows the youngsters very well after being the U18s head coach at Chelsea before heading to Derby County with Lampard,” Harbord said.

Winning back the fans

There is a need to win back the love and passion of the fans. Harbord believes that the return of former loved and respected players as managers will rekindle the fire at Stamford Bridge. Apart from Lampard and Morris, Petr Cech is also said to be heading back from Arsenal.

Fans however believe its taking too long to announce a new boss for Chelsea. But it is understood that compensation issues between Juventus and Chelsea, and between Chelsea and Derby County are delaying the opening of negotiations.

It is also understood that Chelsea would have to pay Derby County around £4m in compensation to release Lampard. Juventus are also expected to pay Chelsea over £5million in compensation to secure Sarri. Both issues are yet to be sorted out.

Lampard won 11 major honours in his 13 years as a player at Stamford Bridge.