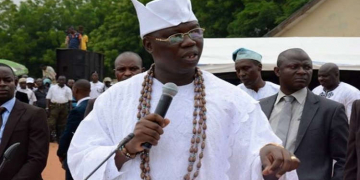 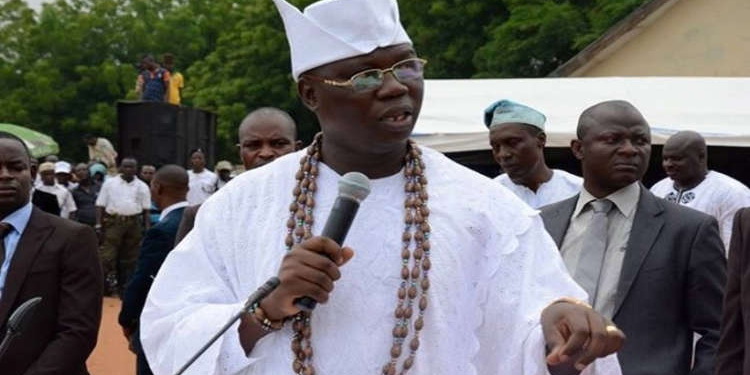 The Aare Onakakanfo in Council, at an extraordinary session, on Sunday, June 16, 2019, chaired by Iba Gani Adams, has called for urgent federal action over the rising cases of attacks in the South West being carried out by suspected killer Fulani herdsmen.

Why we inaugurated Oodua security team in Kwara-Gani Adams

In a communique issued after the meeting, the council stated that “the campaign of blood by Fulani herdsmen, who have been ravaging our land, kidnapping, killing, maiming and raping our people in recent years has become a serious source of concern for the Yoruba race”

It regretted that “the federal government has turned a blind eye” to the activities of the marauders “by refusing to call a spade by its name, dubbing the Fulani marauders as criminals, bandits, and pillagers.”

The council threatened “maximum retaliation” if the marauders do not stop their murderous actvities and vacate the areas they currently occupy within Yorubaland.

Demanding urgent federal intervention, the council then went on to list several areas in Yorubaland where the marauders have made their hideouts and areas of operations.

The rest of the communique reads

The Aare Onakakanfo in Council, at an extraordinary session, on Sunday, June 16, 2019, chaired by Iba Gani Adams, appraised the security situation in Nigeria, especially in the South West, and resolved as follows:

They need to understand that their seeming stillness about this plague is a tacit alignment with the forces of evil.

A RECOURSE TO HISTORY

History has so much to tell about Yorubaland, ourselves, and those who have made us their adversaries. While it took the British 80 years, through overt and covert action, amidst proxy wars, to conquer Yorubaland; conversely, it took them three years (1903 – 1906) to conquer the Sokoto Caliphate.

Further, the 1918 Adubi War, that led to Lugard being expunged out of Nigeria, the Yorubas were shut out of the army by the British (until they needed educated soldiers for the Second World War [1939-1945]) under the pretext that ‘we lacked the character to make good soldiers’.

This, they knew, was only true in the sense that we were not loyal to their flag because we were the only ones that fought them head on after the Amalgamation of 1914; they knew that the combination of brain power and fire power was a daring and dangerous mix.

We only need to arm ourselves with information about our history and we will be feared, revered, and respected once more for we are not a people to be broken, bent, vanquished, and overpowered.

On this note, we warn all Yoruba sons and daughters in power that they risk being declared persona non grata if they fail to use their capacities to speak up against the ills, injustice, and pestilence ravaging Yorubaland.

To those who have set out to make enemies of us, they need to recognize and understand that they bleed and die like all of us. They only seem to be fearless when there is inequality in arms.