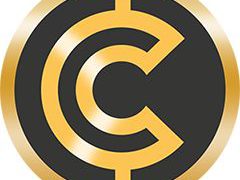 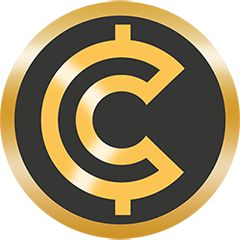 A new Central Bank of Nigeria directive, dated February 5, 2021,  ordered all deposit money banks, non-bank financial institutions and other financial institutions that have opened windows for dealing in cryptocurrencies or facilitating payments for such currencies to close them down. It also demanded that “persons and/or entities transacting in or operating cryptocurrency exchanges within their systems to ensure that such accounts are closed immediately.”

This followed an earlier directive, in January, warning banks and regulated financial institutions and members of the public to beware of the risks associated with cryptocurrency transactions.

What are cryptocurrencies?
Cryptocurrencies can be defined as digital payments that can be exchanged for goods and services online.
Cryptocurrency, unlike physical cash, exists only in the cyberspace.
It is a phenomenon associated with  recent global digital revolution and it is an encrypted blockchain.
According to recent surveys, as many as 6,700 cryptocurrencies, valued at $890 billion, are being traded publicly.

The first cryptocurrency, Bitcoin, valued today at a staggering $563 billion, was invented by an anonymous Japanese computer buff by the name of Satoshi Nakamoto. Bitcoin is a series of decentralised transactions controlled by blockchain that acts as a foolproof ledger for all transactions. You do not have to know anybody you are trading with. The transactions are guaranteed to be safe and secure.

Many in this generation, especially youths, are investing in cryptocurrencies because they like their decentralised character and the fact that they are not susceptible to inflation the way ordinary money is.

Cryptocurrencies are legal in the United States, although several countries have banned their use.  These include China, Iran, Bolivia, Nepal, Bangladesh, Ecuador, Morocco and recently Nigeria.

There is no doubt that cryptocurrencies are volatile and risky. The transactions are irreversible, unlike in regular banking transactions. They are anonymous. There are no regulators. For instance, at the end of the transaction, one could  be doing business with a fraudster, child molester or terrorist.

One of  the world’s greatest investors, Warren Buffett, dismisses cryptocurrencies as a worthless delusion and “right poison squared.” He has always counselled value investors never to invest in what they do not know.

Advantages of Cryptocurrency
1. User Autonomy; Digital currencies allow users more autonomy over their own money than fiat currencies do, at least in theory. Users are able to control how they spend their money without dealing with an intermediary authority like a bank or government.

2. Discretion. Its purchases are discrete. Unless a user voluntarily publishes his Bitcoin transactions, his purchases are never associated with his personal identity, much like cash-only purchases, and cannot easily be traced back to him.

3. Elimination of Banking Fees. Its users are not subject to the litany of traditional banking fees associated with fiat currencies. This means no account maintenance or minimum balance fees or any other fees.

4. Accessibility. It is theoretically available to populations of users without access to traditional banking systems, credit cards and other methods of payment, only with a smartphone or computers

Disadvantages of Cryptocurrency
1. Regulations. Even if we perfect the technology and get rid of all the other problems, until the technology is adopted by federal governments and regulated, there will be increased risk in investing in this technology.

2. Cyber security issues. As a digital technology, cryptocurrencies will be subject to cybersecurity breaches, and may fall into the hands of hackers. We have already seen evidence of this, with multiple ICOs getting breached and costing investors hundreds of millions of dollars.

3. Price volatility and lack of inherent value. This is a major problem because prices are unstable and there are a lot of variations.

4. Scalability. One of the biggest concerns with cryptocurrencies are the problems with scaling that are posed. This is the system’s ability to increase or decrease in performance and cost in response to changes in application and system processing demands.

Now that these currencies have been banned by Nigeria’s Federal Government, it is sure that operators will rather go underground, trading in unofficial markets commonly referred to as ‘Black Market’ in Nigeria. It is a phenomenon that can hardly be stopped. Hence, operators, who are mostly youths, and who trade in it for a living, will not be willing to abandon their ‘jobs’ but seek any other possible way of sustaining the jobs or business.