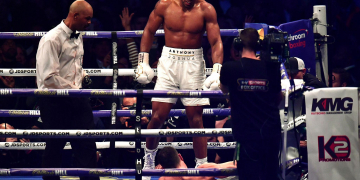 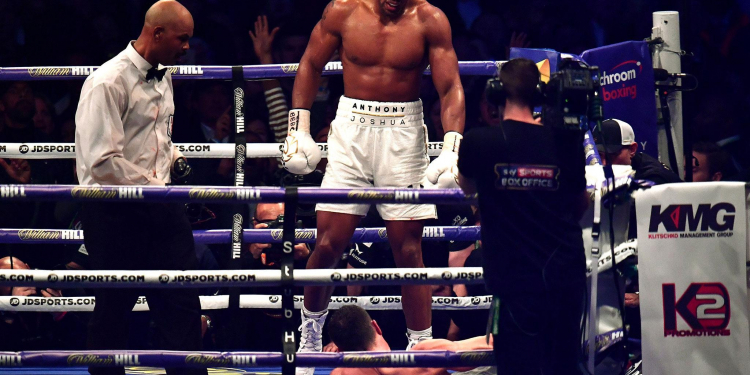 The rematch had been fixed for November but the Principality Stadium in Cardiff, which is favourite to stage the match, will not be available in November due to Welsh rugby matches.

He was quoted as saying: “I believe Klitschko will go ahead with the rematch so we are looking at dates.

“The Principality Stadium is not really available in November because of rugby so 28 October is the option. Most of December is available but I don’t really want to go that late.

“Josh has a bit of a sore shoulder, Klitschko has had a tough fight, his face was bashed up. You have got two more weeks in May, all of June and after that they will be thinking ‘right let’s get back in camp’.

“Even if you started back in camp in August, then you have September and October so end of October can work.”

Due to expected ticket demand for any rematch, it appears that Cardiff remains the only viable option should the fight be staged in the United Kingdom.

But Hearn is also exploring the option of staging the fight overseas, which would make the 28 October date more flexible.

He added, “For Cardiff that date is an option and also December but I don’t really want to go into December so we are looking at the MGM in Las Vegas, China and Dubai as options too.”

Meanwhile, the situation regarding his mandatory challenger Kubrat Pulev remains unclear. The IBF ordered that the Wembley winner had to face the Bulgarian next or risk losing the belt without being beaten for it.

The same thing happened to Tyson Fury after he dethroned Wladimir Klitschko in November 2015 when the governing body stripped him of the title as he was contractually obliged to face Klitschko in a rematch instead of mandatory challenger Vyacheslav Glazkov.

As such, the IBF appear obliged to strip Joshua should he sidestep Pulev and take on the more lucrative and prestigious option of a Klitschko return. But Hearn, who enjoys a good relationship with Pulev’s Sauerland promotional team, remains relaxed about the situation.

“We are probably going to put a (mandatory) exception request in to fight Klitschko,” he said. “Then it’s up to the IBF whether they grant it.

“One of the things that is important is that if Sauerland object to that – but if Joshua stripped of the title then Pulev would have to fight Carlos Takam for the vacant belt.

“Sauerland don’t want to object. I speak to Kalle Sauerland all the time so I’m confident it will get worked out.

“We are presuming Klitschko wants the rematch and that is what I believe. I believe he will.”