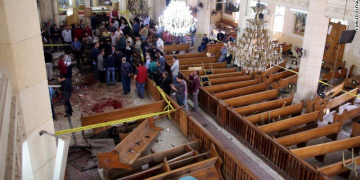 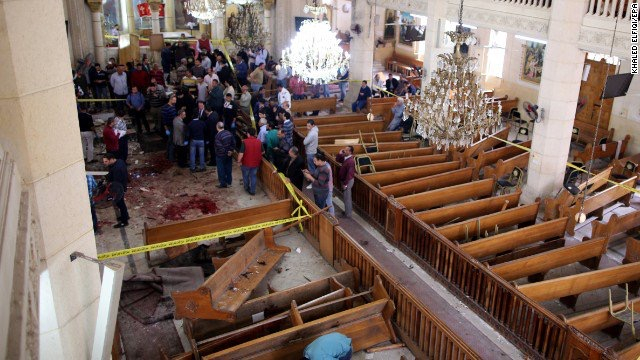 Islamic State (ISIS) today bombed two Coptic churches in Egypt killing up to 36 people on one of the important days on the church’s calender – Palm Sunday.

The terror group’s Amaq news agency, while claiming responsibility for the attacks, said “a security detachment” of the Islamic State carried out the attacks on churches in the cities of Tanta and Alexandria. The bombings also left scores wounded.

According to CNN, the first blast was in the northern city of Tanta, when a powerful explosion ripped through a Palm Sunday service at St George’s Church, killing 25 people and wounding 60 others, state TV reported. The explosive device was planted under a seat in the main prayer hall, it said.

At least 11 people were killed and 35 others wounded in a suicide bomb attack outside Saint Mark’s Coptic Orthodox Cathedral in Alexandria, according to two state-news outlets. Egyptian state media also reported that the head of Egypt’s Coptic Church, Pope Tawadros II, was inside the Church when the blast happened. He was not injured.

In a statement, Egyptian President Abdel Fattah el-Sisi condemned the attacks, saying the “outrageous” action “targets both the Copts and Muslims of the homeland.” He ordered investigators to “hunt down the perpetrators” and “take all measures to offer the necessary care for the wounded.”

He has called an urgent meeting of his country’s National Defense Council.