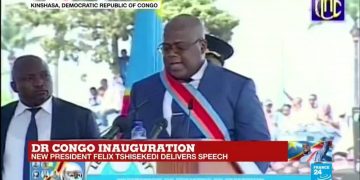 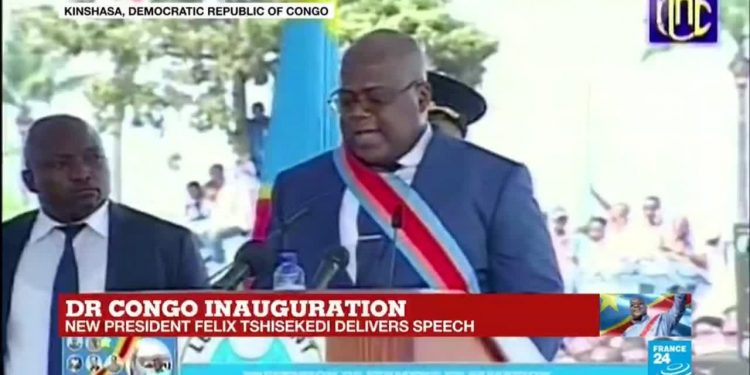 Encountering Obasanjo, Tshisekedi and the war in Congo Kinshasa

Ebola no longer incurable, WHO declares

In his speech before a cheering crowd of supporters on Thursday, the former opposition leader said thiat the country will not be one of “division, hate or tribalism.”

“We want to build a strong Congo in its cultural diversity. NaugWe will promote its development in peace and security. A Congo for each and everyone, where everybody has his or her own place,” he said.

State television however interrupted its live broadcast of the historic event after Tshisekedi said “I don’t feel well” and halted the speech.

He however resumed the speech after a few minutes.

His victory in the December 30 election was marred by accusations he struck a backroom deal with the outgoing president Joseph Kabila to deny victory to another opposition candidate, Martin Fayulu.

One of Tshisekedi’s first tasks will be to appoint a prime minister in a move which will see him sharing power with Kabila’s supporters, who hold an overwhelming majority in parliament.

Tshisekedi’s swearing in comes than two years of turmoil sparked by Kabila’s refusal to step down when he reached the constitutional limit on his term in office.