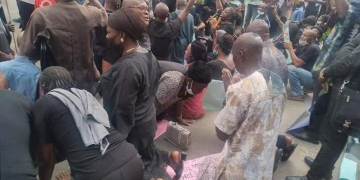 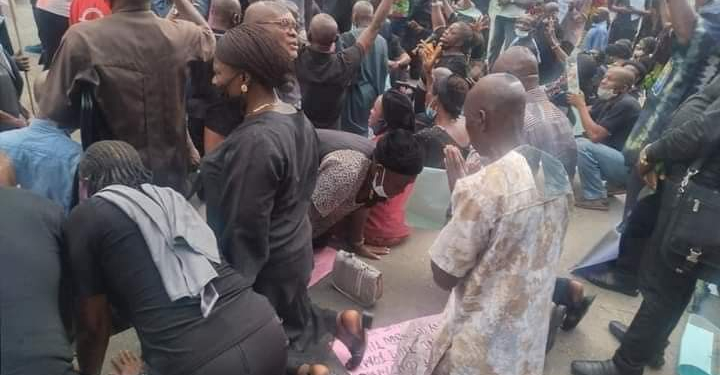 Hundreds of pensioners in Rivers State, on Wednesday, staged a peaceful protest over the non-payment of their gratuities and pension arrears.

The protesters carrying placards with different inscriptions,blocked the main entrance to the Government House in Port Harcourt, the Rivers State capital.

According to the protesting retirees, over 300 of their members have lost their lives due to the state government’s non-compliance with its side of the tripartite agreement reached.

They argued that every effort to make the state government pay fell on deaf ears, even as complaints lodged at different quarters proved abortive.

One of the protesters, Mr. U. D. Moses, told journlists that the protest will continue until the state governor, Nyesom Wike, fulfill their demands.

He said:“I retired in 2015 and from that time till now, I have not been paid my gratuity and I am owed three years pension arrears.

“Some of us are owed seven years. We have suffered for the state. Is it a crime to give in 35 years of our lives to this state?

“We have made effort through different means to reach out to the governor but to no avail. We even met with some elder statesmen to help us appeal to him but the governor paid deaf ears.

“We will continue this protest until he pays us. He set up a tripartite committee, and until now we have not heard anything from him. We have lost over 300 pensioners from 2012 till date.”

Addressing the protesters, the state Commissioner of Police, Mr. Friday Eboka, appealed to them to sheathe their swords, promising to take their case to the governor.

“We have articulated all your grievances and I am aware that some of you retired since 2012 until now you have not gotten your gratuities.

”I have listened to you and I want to assure you that I will pick it up from this place because very soon I will retire and if I do not take care of you, you will not take of me.

”I will carry all the grievances you have articulated and pass it on to the governor to look into your plight,” Eboka said.

The spokesperson for the pensioners, Lucky Ati, gave the state government two weeks to expedite action on their demands, otherwise they would resume the protest.

He said that the Commissioner of Police has promised to take their matter to the governor, adding that they would block the Government House indefinitely if the state government didn’t attend their demands at the end of the two weeks ultimatum.