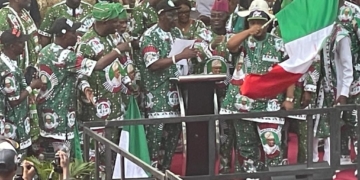 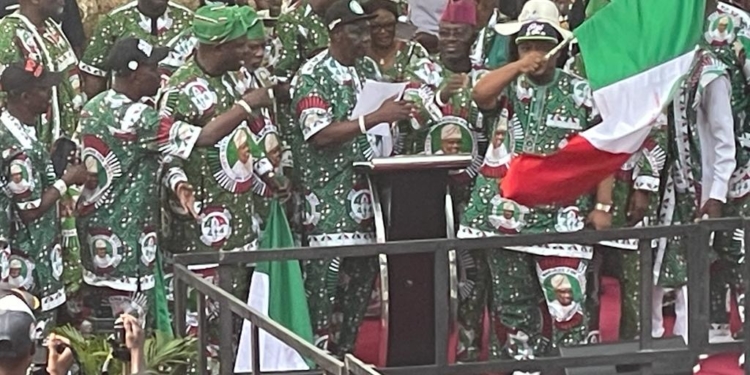 The Peoples Democratic Party (PDP) in Oyo State has unveiled all its candidates for the National Assembly positions.

The unveiling was done at the ongoing official second term campaign flag off of Governor Seyi Makinde at Mapo, Ibadan.

While unveiling the candidates, the PDP Deputy National Chairman (South), Amb. Taofeek Arapaja, expressed confidence that all the PDP candidates will emerge victorious  at the forthcoming polls.

He subsequently presented the party’s flags to the 14 House of Representatives and three senatorial candidates.