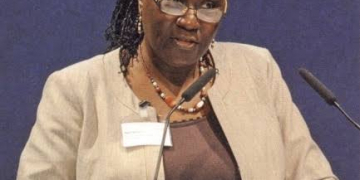 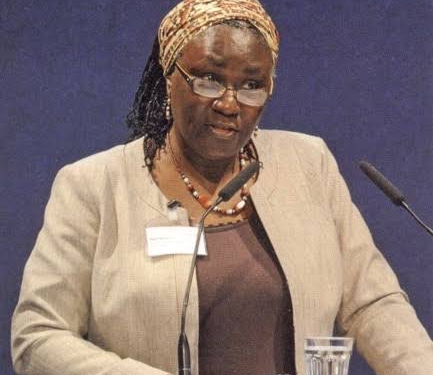 Presidential candidate of KOWA Party in the 2015 election, Prof. Remi Sonaiya, today came down hard on a Twitter user.

Every time I was offered ministerial appointment since 2007, I turned it down- Ezekwesili

The Twitter user, TeeCee, had expressed pessimism at the presidential ambition of former Education minister and BBOG campaigner, Oby Ezekwesili.

Ezekwesili, who has just made her presidential ambition public, posted a photo of herself on Sunrise Daily on Channels TV this morning and tweeting via her campaign handle, @RunObyRun, she said: “We are going to birth a new nation in 2019. I’m not running just because I’m @obyezeks, we are running to WIN”

But TeeCee replied: “Aunty this is waste of time.. you won’t win!” 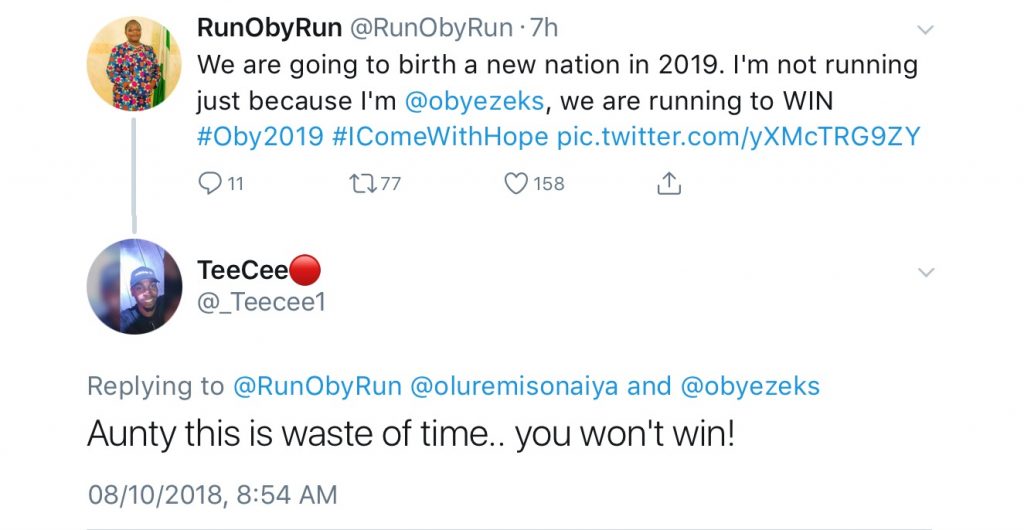 Sonaiya who was tagged in the reply, was obviously pissed.

She lashed back at TeeCee: “Could you please just shut up! Did anybody ever succeed at anything without making an attempt? What kind of reasoning is this? This is the classic attitude that keeps us undeveloped. Now, if you’re a young person, that kind of thinking is disastrous!” 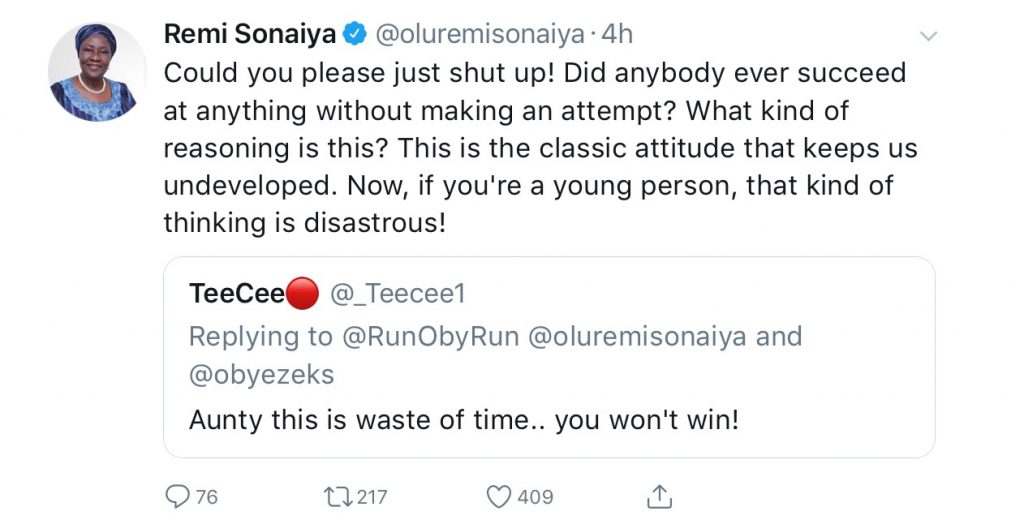 In another tweet, Prof. Sonaiya, who had since joned Ezekwesili’s team as a volunteer, said: “Those telling candidates of smaller parties “You’re wasting your time” show the failure of our education. What should education bring if not a broadening of the mind; the capacity to tweak things; to ask: What if? You don’t say: It can’t be done. The only legit question is: HOW?

She said: “You dumb youth should SHUT UP! Nobody can change your level of thinking but you. Know the history of Nigeria, foster change by creating change. Nobody could say it better than Remi.”

Many Twitter users who waded into the matter where however divided. While some thought TeeCee was wrong, others felt he was only being realistic about Ezekwesili’s chances at “running to WIN”

The truth, tweeting via @joevankas, said: “Someone is being realistic and you are telling them to shut up. It’s all these false beliefs that destroys us. So let’s assume she becomes president by magic under her unknown party, how would she manage to get any bills passed in Nass without a single member from her party?” 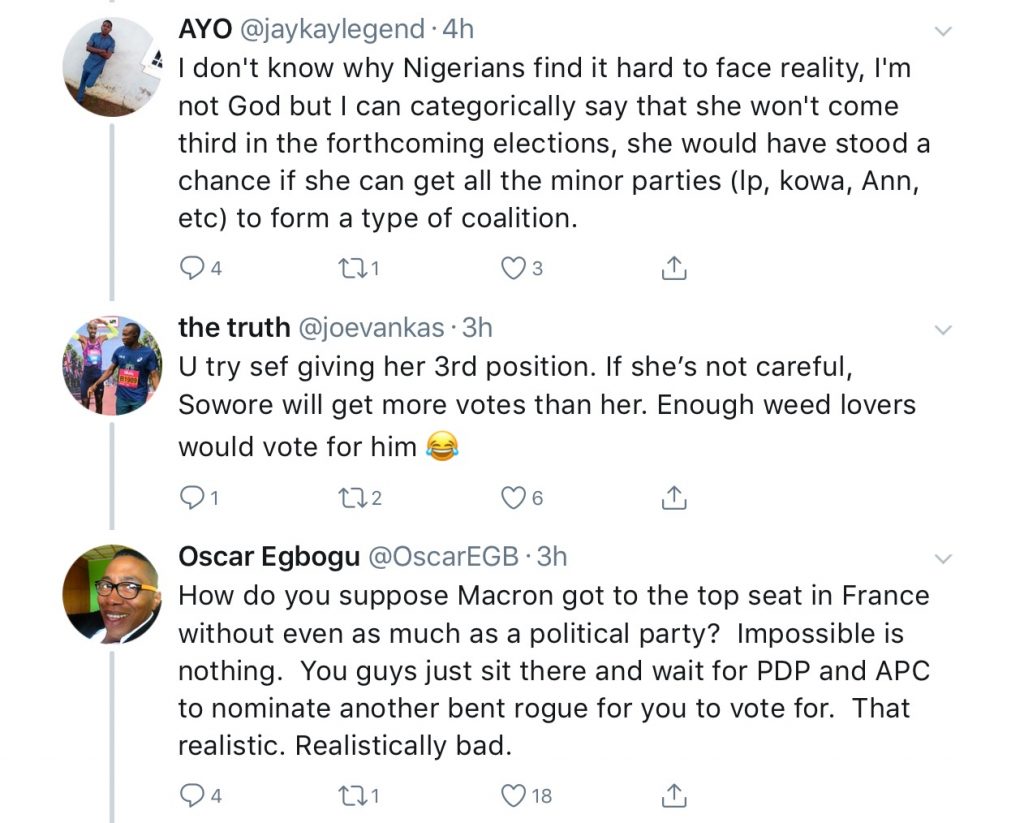 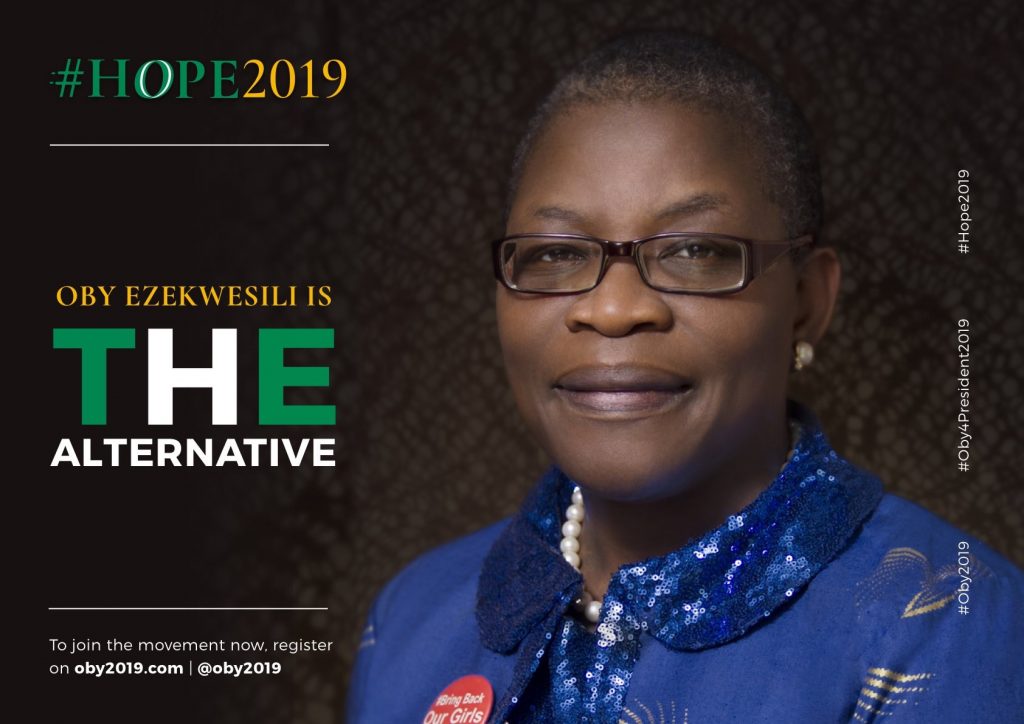