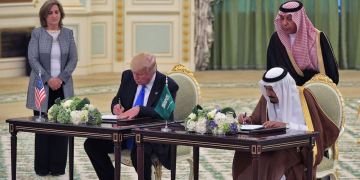 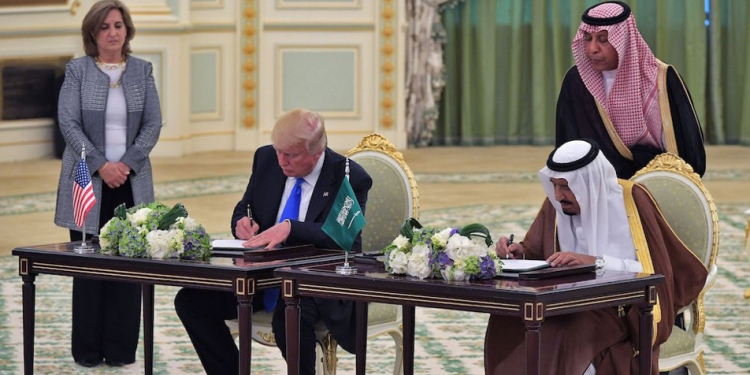 US President Donald Trump has signed an arms deal worth more than $109.7 billion with Saudi Arabia.

It is the largest single arms deal in US history, according to Sean Spicer, White House spokesman. 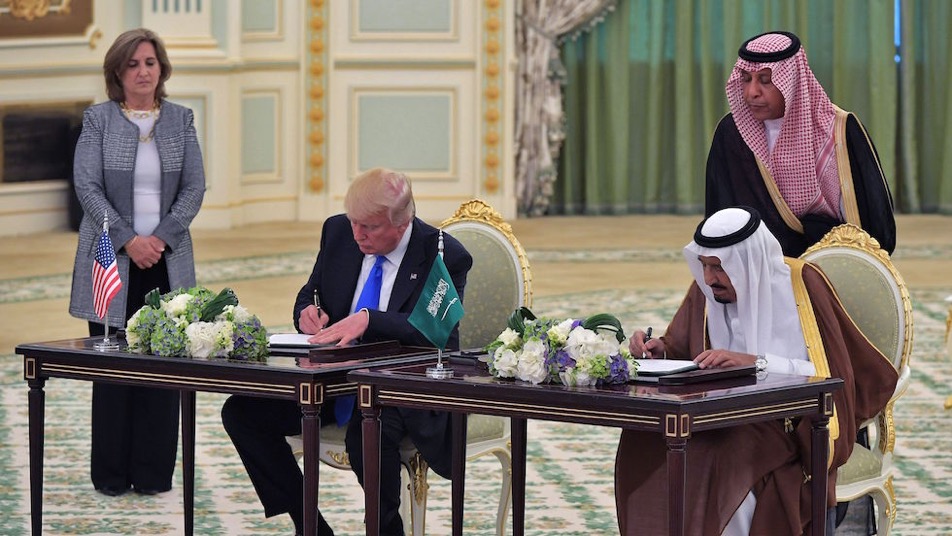 Gary Cohn, the director of President Trump’s National Economic Council, said Saudi Arabia is “going to hire US companies” as a result of the defense deal. One goal of the deal is “to invest a lot of money in the U.S. and have a lot of U.S. companies invest and build things over here,” Cohn said, according to a White House press pool report from Saudi Arabia.