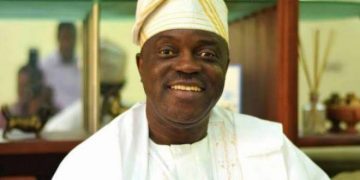 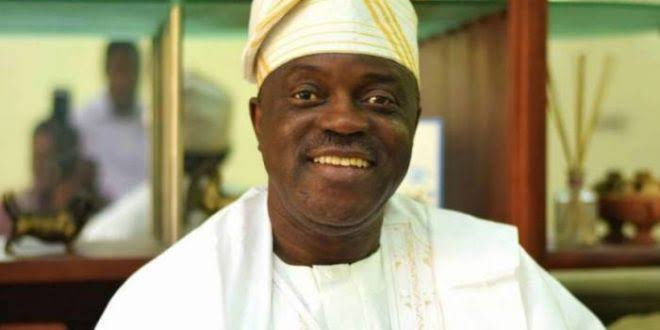 A chieftain of the Peoples Democratic Party (PDP) in Oyo State, Prof. Taoheed Adedoja, on Thursday met with some members of the All Progressives Congress (APC), other parties and stakeholders at his Popoyemoja family house in Ibadan.

The meeting came two days to the much anticipated governorship election in the state and also amid a flurry of alliances between political parties and political players in the state.

At the meeting, Adedoja commended residents of the area for their peaceful conduct during the February 23 election despite the fact that the area used to be marked as a flashpoint.

The former Minister of Sports however stressed that his parley with them was not an indication that he was dumping the PDP, adding that he felt honoured that they gathered despite his different political affiliation.

He then explained that the meeting was not unusual as he has always made it a point of duty to address political stakeholders before any election.

Speaking to journalists after the meeting, Adedoja explained that the meeting was a cross-party affair, revealing that he had already met with PDP stakeholders in the area and would be meeting with stakeholders of other parties.

His words: “It is noteworthy that during the presidential and National Assembly elections we did not have any record of violence at Popoyemoja. There used to be tension in the past because the youths were misunderstood. There are no area boys at Popoyemoja; what we have are youths.

“This is Popoyemoja, the seat of the Olubadan. Anytime the Olubadan speaks, he talks about the need to maintain peace and tranquility within his domain. You don’t expect the Olubadan to necessarily attend the meeting by himself.

“As the elections hold on Saturday, it is important for us to appeal to all members of the community, regardless of party affiliation, to maintain peace. There should be no conflict because here we have intelligent youths. So, we have come to appeal to us all and I am happy that both the youth and adults honoured our invitation to this meeting.

“I want to seize this opportunity to appeal to every member of the community to appeal for peace as there should be no violence during the elections.

“It is traditional of me to address the our community a day to elections but we are meeting today giving respect to directives by the Independent National Electoral Commission (INEC) that there should be no gathering of this nature 24 hours before elections”.

On whether he was switching allegiance to the APC, he said: “At this meeting, I addressed the APC, the PDP, as well as members of other political parties. I remain in PDP”.

In attendance at the meeting were the APC Chairman in Ibadan Southwest, Mr O Aderemi; Mr Oludare Busari, loyalists of different political parties in the area and community leaders at Popoyemoja.