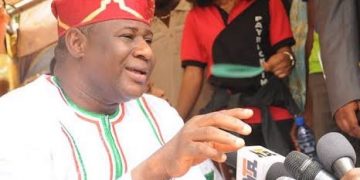 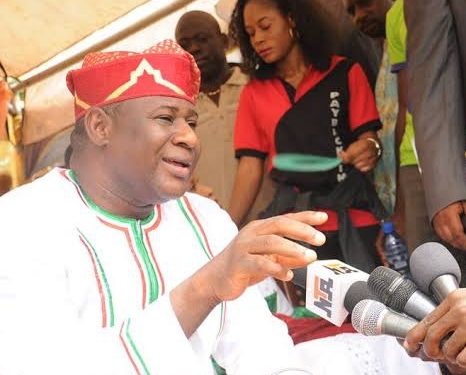 The lawmaker representing Surulere/Ogo Oluwa Federal constituency, Hon Segun Dokun Odebunmi, has stated that the people of Ogbomoso will be able to attract more development to the zone if it votes for the rulimg All Progressives Congress (APC) in the state.

Speaking with journalists in Ogbomoso recently, Odebumi said Ogbomoso cannot afford to remain in opposition in the political equation of Oyo State.

His words: “At the state level, we have not been accorded our rightful place in government because majority of our people vote for opposition party but if we vote massively for the ruling party, we will have the power to negotiate for better position in government and demand for projects that will enhance development.

“Though we have been benefiting, we can enjoy more in term of infrastructural development, representation at the government and lots more.”

“Obviously, we all want an Ogbomoso man to be governor but our votes alone cannot produce a governor for the state. We need Ibadan, Oyo, Ibarapa and Oke Ogun. When an Ogbomoso man was governor, they all supported us and for us to enjoy that kind of support again we must use our voting strength to negotiate.

Odebunmi, who decamped from the Peoples Democratic Party (PDP) to APC, urged the people of Ogbomoso not to be overwhelmed by the tactics of the opposition leaders but to vote all APC candidates in the interest of the development of Ogbomoso and Oyo at large.

On why he is seeking a third term in the National Assembly, Hon Odebunmi who is currently the chairman House Committee on Information, National Orientation, Ethics and Value said: “My constituency stands the better chance of benefitting more as an experience legislator. Apart from the fact that it qualifies me to contest for speakership position, I also stand the chance of facilitating more developmental projects, employment opportunities and progress for my constituency.

“I understand that changing the status quo has some economic implications on people but people should give APC another four years to prove their ability to change Nigeria,” he said.

Cancer now leading cause of death in Ibadan - UCH CMD