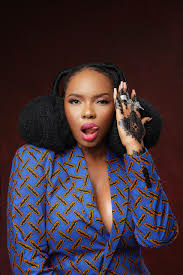 The concert will hold at the Federal Palace Hotel, Victoria Island, Lagos, at 6pm.

Speaking, the station’s Programme Director, Mr Osi Dirisu, said that the concert had set a standard over the years by consistently parading the biggest stars.

Dirisu explained that the concert will also feature superstars such as Chike, Niniola, Oxlade, Lojay, Guchi and Ajebutter 22.

He noted that the concert was temporarily halted due the COVID-19 pandemic, but had returned bigger and better, stressing that the concert had been organised over the years by the station for its teeming fans and ardent listeners.

“The concert is famed for parading an array of the best local and international stars, and has earned a reputation as the most anticipated yuletide concert in Lagos.

“The station is announcing one lucky ticket owner who stands the chance of winning a brand new car, courtesy of Boom E-Commerce!

“Other awesome gifts, including cell phones, are also up for grabs,” he said.

British rapper, Tion Wayne, said he is excited and looking forward to perform in Nigeria, promising to do his best at the concert.

The rapper expressed satisfaction at the level of acceptance his music in Nigeria.

He promised to spend more time in the country, adding that he would like to have collaborations with Nigerian artistes including Omah Lay.

Also, Junior Choi said that fans should expect a lot of surprises during his performance at the concert.