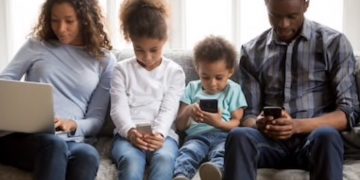 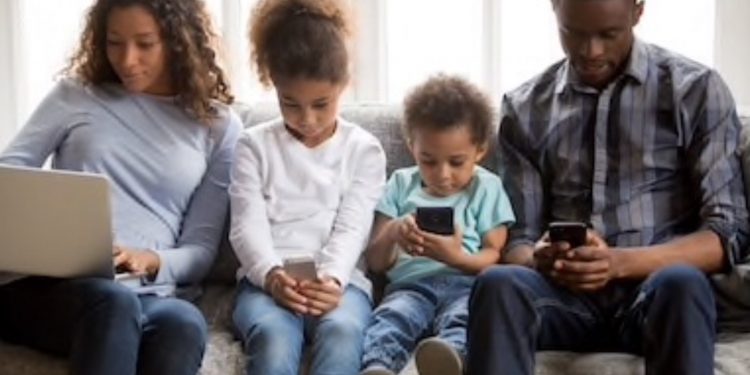 The use of computers, iPads, phones, and similar gadgets to pacify kids in order to reduce their tantrums or keep them busy may impede their ability to learn. Children like that have poorer problem-solving, communication and personal skills by age of five, researchers have found.

According to to report by Daily Mail UK, scientists assessed the communication, dexterity, problem solving and personal skills of 2,400 children at the age of two, three and five.

Worship4Change to raise N75m for indigent children with special needs

Buhari: Why I won’t leave inherintance for my children

They found that those who were exposed to the most screentime at the age of two showed poorer development by the age of three.

And those who spent most time in front of a screen at the age of three had poorer development at age five.

Also, researchers from the University of Toronto and the Hospital For Sick Children in Toronto found that every 30 minutes of screen time increased the risk of delayed speech by 49 per cent.

By the age of two to three, infants should be able to communicate in sentences of between three and four words. But those who spent the most time on handheld devices were found to struggle with communication skills.

Some researchers found out that the use of computers, phones and iPads can also impact the sleep of infants and possibly harm brain development.

A British study found that every hour infants spent on such devices was linked to a 16 minutes less sleep.  Sleep is important for the development of the brain, especially during the first few years of life, when “neural plasticity” is at its greatest.

The researchers believe that blue light from screens can affect the bodyclock, disrupting circadian rhythms while the stimulation caused by the content of the games or programmes can cause psychological and physiological arousal.

Dr. Aric Sigman, an associate fellow of the British Psychological Society and a Fellow of Britain’s Royal Society of Medicine, said it can cause permanent damage to children still-developing brains. Too much screen time too soon, he says, “is the very thing impeding the development of the abilities that parents are so eager to foster through the tablets. The ability to focus, to concentrate, to lend attention, to sense other people’s attitudes and communicate with them, to build a large vocabulary—all those abilities are harmed.”

Liraz Margaret in her article said between birth and age three, for example, our brains develop quickly and are particularly sensitive to the environment around us. In medical circles, this is called the critical period, because the changes that happen in the brain during these first tender years become the permanent foundation upon which all later brain function is built. In order for the brain’s neural networks to develop normally during the critical period, a child needs specific stimuli from the outside environment.

In a commentary for journal Pediatrics, researchers at Boston University School of Medicine warned that using a tablet or smartphone to divert a child’s attention could be detrimental to “their social-emotional development”.

“If these devices become the predominant method to calm and distract young children, will they be able to develop their own internal mechanisms of self-regulation?” the scientists asked.

“Use of interactive screen time below three years of age could also impair a child’s development of the skills needed for maths and science, they found, although they also said some studies suggested benefits to toddlers’ use of mobile devices including in early literacy skills, or better academic engagement in students with autism.

However, in another research findings, a scientist who published her team’s findings stated their positive findings on the use of those gadget on children.

She said: There is evidence that well-researched early-learning television programmes, such as Sesame Street, and electronic books and learn-to-read applications on mobile devices can help vocabulary and reading comprehension, the team found, but only once children are much closer to school age.

Radesky recommended that parents try applications before considering allowing a child to use them.

“At this time there are more questions than answers when it comes to mobile media,” she said.

Some believed that even if there are apps on computers, ipads and phones that have educational value on a child learning abilty as Radesky findings proved, toddlers still learn better from experiences in the real world than they do from equivalent two-dimensional representations on screen.

According to Formal Space, the real world experience is “child’s play” and it’s a better alternative than computers, ipad and phones for child mental and social development.

At the 2008 TED “Serious Play” Conference, designer Tim Brown, from the renowned industrial design firm IDEO, talks about the importance of play in creativity in his video clips.

Some researchers have also listed toys and activities that can increase children’s communications skill. These activities can fuel creativity and learning, and the toys can be used to divert childrens attention or reduce their tatrums.

Here are some ideas for toys and activities that rely more on creating and building things with hands and less on computers, iPads and phones.

Children don’t need a custom-made kit to learn and have fun in case you are considering the price of purchasing them. Parents can improvise with common household tools.

At age two to five, they can use paper, scissors, glue as a kit to learn and have fun. As they advance in age, the parents can introduce them to hammers, saws and nails to build models.

Model is generally considered physical representations of an object and maintains accurate relationships between all of its aspects. As they learn to build models, it can inspire them to be engineers and designers in their teen years.

Papers, pencil and a set of crayon is all you need to introduce a child into a world of creativity. A child can learn how to draw, paint with these kits and become a great artist.

For sculpting, introduce them to non-toxic materials like paper-mache or local clay to sculpt great designs. A child can start with simple kitchen utensils like plates, cups, spoons and trays.

Children from the age of five can be introduced to colourful thread and hand needles to make designs. As they grow they can develop interest in learning further.

Getting out into nature and exploring is another way to help children develop teamwork, problem solving and self-sufficiency.