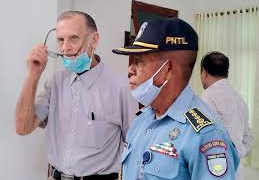 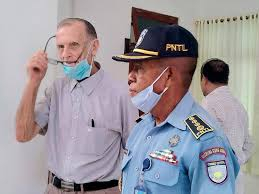 A defrocked American priest in East Timor has been sentenced to 12 years in prison after being found guilty of sexually abusing orphaned and disadvantaged young girls under his care.

In the first case of its kind in the staunchly Catholic nation, 84-year-old Richard Daschbach received his punishment in the district of Oecusse, 200km west of the capital, Dili.

Having spent decades as a missionary in the country’s remote enclave of Oecusse, he faced charges of child sexual abuse, as well as child pornography and domestic violence.

The trial began in February but was postponed several times before concluding last month.

During the proceedings, victims complained about threats and online attacks.

Daschbach maintains strong backing from some prominent figures, including former President Xanana Gusmao, who was in court on Tuesday.

Timor-Leste is considered the most Catholic place outside of the Vatican, and Daschbach had been a key figure in the tiny South East Asian nation’s fight for independence.

Once considered a local hero for founding children’s shelters that operated for more than two decades, Daschbach was expelled from his Catholic congregation in 2019 after admitting to sexual abuse of minors.

In 2018, he was expelled from the Church de Santo Antonio de Motael in Dili.

He was born in Pennsylvania and first went to East Timor in 1966 when it was a Portuguese colony.

Daschbach founded the Topu Honis or Guide To Life children’s homes in Oe-Kusi Ambeno, an East Timorese enclave in the Indonesian-controlled western half of Timor.

In 1992, he was feted for saving children during East Timor’s war for independence from Indonesia.

Some of the hundreds of children who lived in the shelters went on to study at universities in Australia, United States and Indonesia.

Gusmao, the East Timorese independence hero, was criticised for visiting Daschbach at his Dili home where he is under house arrest, toasting him on his 84th birthday in January with cake and drink.