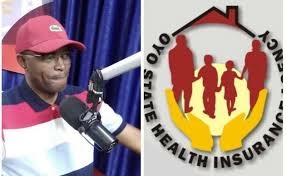 The Oyo State Health Insurance Agency (OYSHIA) is set to recruit 18 medical doctors as part of efforts to beef up its services in the newly reconstructed Primary Healthcare Centres across the state.

The Executive Secretary of the agency, Dr Sola Akande revealed this on Saturday while speaking on FRESH 105.9FM, Ibadan.

Akande explained that the recruitment of the medical doctors was to compliment the existing structures in the primary healthcare centres which will cater for the health needs of retirees who enrolled with OYSHIA.

According to him, the operation of the agency is being expanded to include the state pensioners. He commended pensioners in the state for their enthusiasm and high level of cooperation during the registration exercise.

Akande added that the state governor, Engr Seyi Makinde, has graciously approved the use of the state general hospital at Jericho for the take off of the geriatric centre for the health needs of the elderly, including aging retirees with health issues.

While giving an overview of the concept of health insurance, the Executive Secretary said that the benefits are many, taking into consideration the fact that resources are pulled together in advance by a group of people, to take care of possible health issues in future.

He noted that the activities of the agency have continued on an upward swing and highlighted the categories of the enrollees to include the conventional heathcare services, the community-based medical care and pensioners.