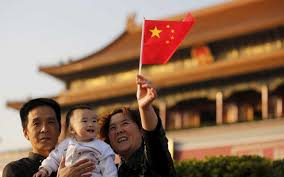 In appears to be a major policy shift, China has announced that married couples can now have up to three children, easing the child limit policy that restricted couples to just two children.

According to Reuters, the announcement was made on Monday following a need to cope with the risk faced by Chinese economy as a result of the increasing aging population in China.

In order to reduce economic risks stemming from the rapidly aging population, China introduced the two-child limit policy in 2016 after its one-child policy that had been practiced for decades.

However, the country expressed worry over a rapid fall in the working population and claimed that such is capable of disrupting the country’s future plans for the economy.

Recent data has shown that there is a dramatic decline of birth and a rapid increase in the aging population, leading to more concerns.

The reduction in birth rate, resulting from the high cost of child up-keep in China, has led to more provisions by the government.

The new policy change will come with “supportive measures, which will be conducive to improving our country’s population structure, fulfilling the country’s strategy of actively coping with an aging population.”

Other measures put in place include reduction of educational costs for families, increased support for tax and housing, guaranteed legal interests of working women, and clamp down on “sky-high” dowries, according to the outcome of the China ruling party meeting chaired by President Xi Jinping.